Everglades National Park Diverse, unique ecosystem. Peaceful co-existence. Nature. These are the words that come to mind when I think of the Everglades. Everglades National Park contains an impressive variety of animals, plants and ecosystems. There are tropical hammocks, coastal lowlands, marl prairies, pine and cypress forests, mangroves, and several different marine environments. Such a vast array of life all … 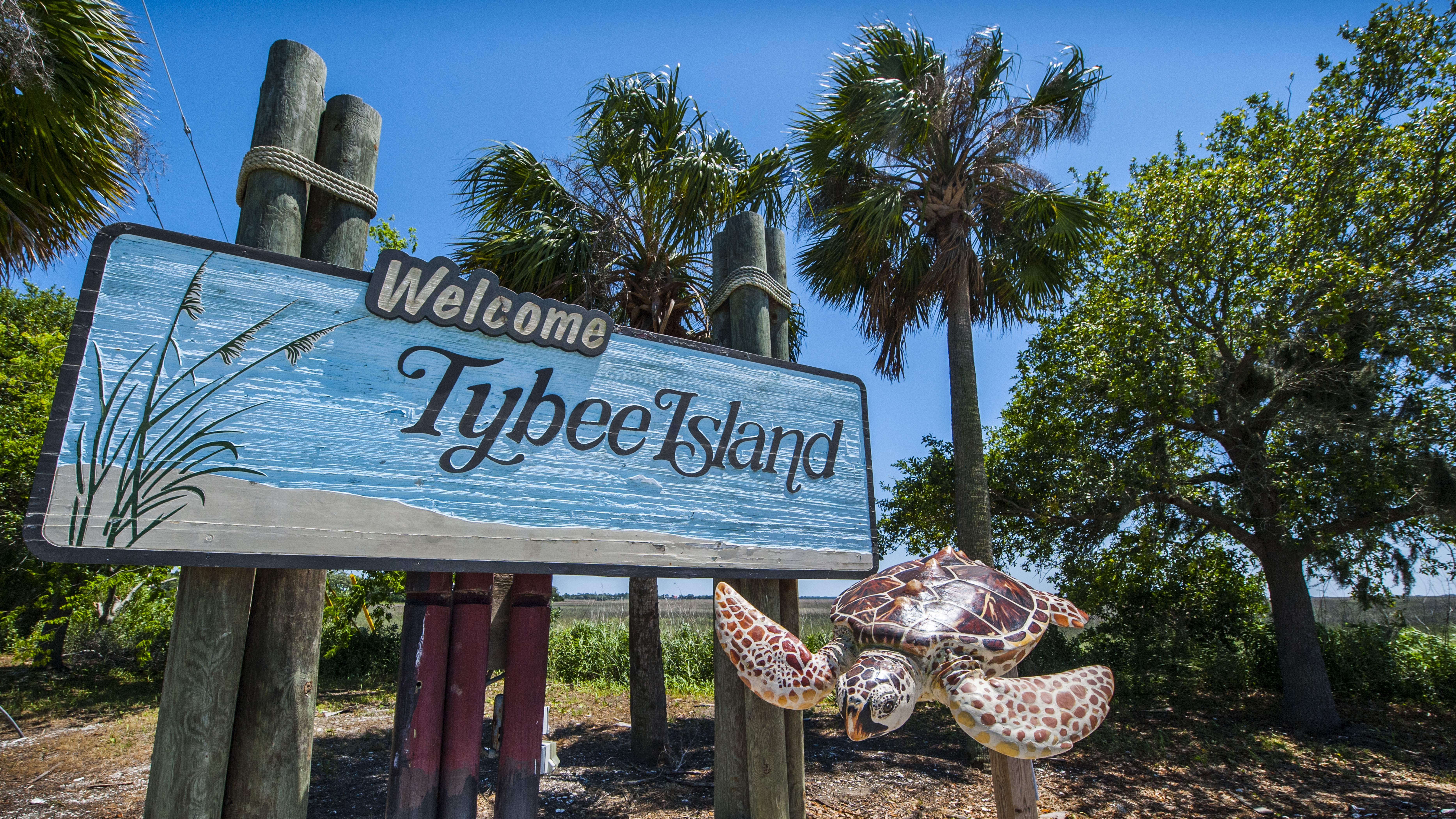 Tybee Island is one of the few places in the world [London is another place, but it requires an airplane ticket as it is much further away] that I return to on a regular basis. In the last 20+ years, I’m certain that I’ve covered the entire island on foot. The boyfriend and I have been there a few times… … 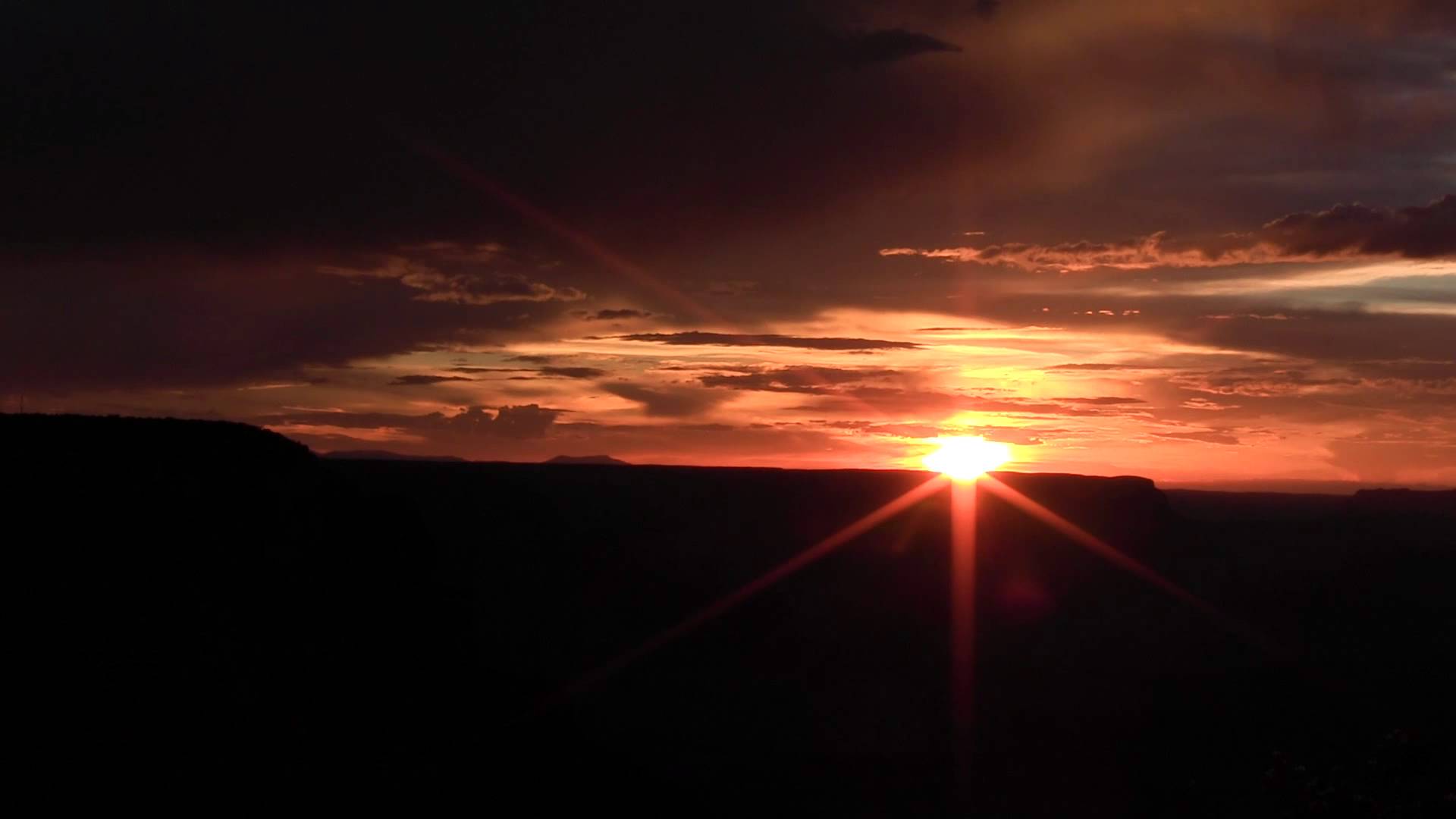 A twist on the popular saying: What goes down must come up. After two days of descending into the canyon, I could think of just one thing: it was time to go up… on an ankle that was most likely broken.  Fabulous.

I was as rested, iced, compressed, [and well, elevated was going to be a problem] as one can be and by 4:30am, with the ankle wrapped, boots tied, and backpack on, I, along with the rest of the group was ready to start the upward climb out of the canyon. 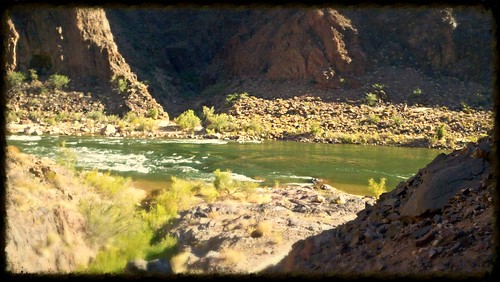 I puttered along, using my stick more like a crutch, but putting one foot in front of the other and more or less keeping up with the group. It wasn’t long until we reached the Colorado River and came to my Kryptonite.  I’m not sure why crossing bridges on foot scare the bejeezus out of me, but for some reason, I almost stopped dead in my tracks, turned around, and went back the way I came.  The bridge was not the most sturdy [but certainly not what it could have been considering what it is], but what I can only attribute to nerves of steel and some deep, well-hidden vat of courage, I crossed the Silver Bridge to begin the ascent toward the South Rim. 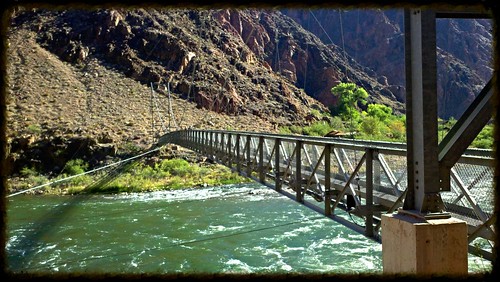 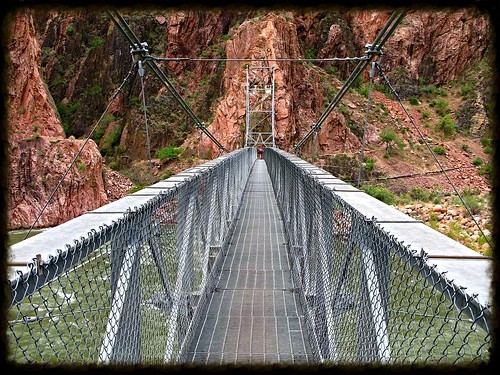 The early part of the hike followed the Colorado River on a slight incline, alternating shade and sun. Temperature was manageable, probably in the 80s-90s, but the hardest section for me was a series of switchbacks and stairs which nearly brought me to my knees. But I am a stubborn wench, and I refused to be med-a-vac’ed out of the canyon.

One stubborn gal I am 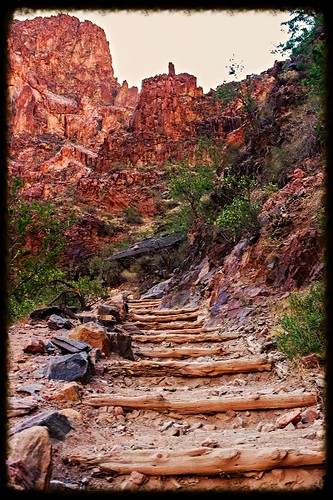 Stairs that made me want to cry

Five or so hours later, I limped into Indian Gardens, the campground for the night. I debated the wisdom of removing the hiking boots that were acting a a de-facto cast for my ankle. I compromised. One boot on, one boot off. And I elevated, rested, and compressed. Icing was a no-go with the foot still in the boot. But I lunched and rested and later in the day, I took some time to wander around the campground to take some more photos because a good patient I am not. It was much greener than I had anticipated, with a plethora of flowers adding even more color. 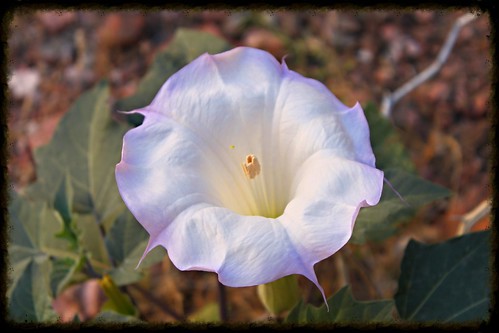 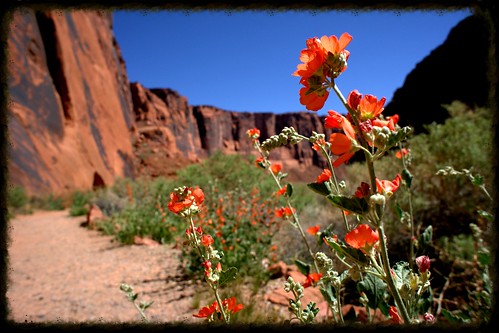 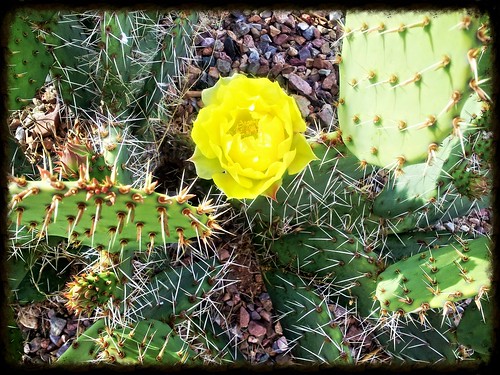 I often say I’m as cuddly as a cactus, but upon seeing these, I might be *slightly* more huggable. 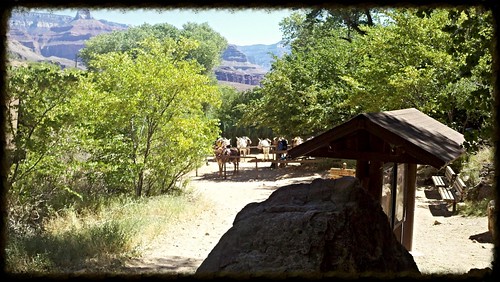 Oh look.. apparently there are some of my relatives. Did someone mention being as stubborn as a mule?

Nap, foot propping, photo shoot, dinner, then a short hike up to Plateau Point for the sunset. 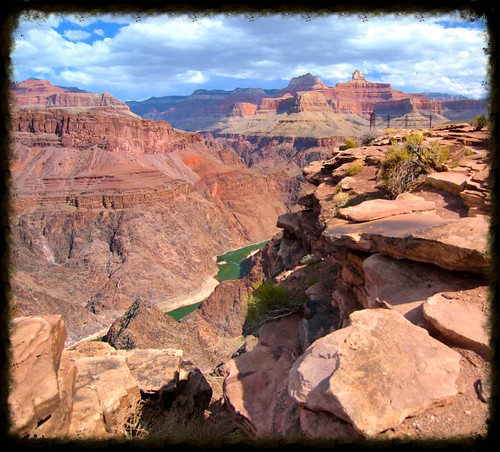 Sitting on the plateau looking over the canyon gave me perspective on how far we had come in three days and how much of the canyon remained. On the walk back to the campsite, I could see flickering lights far in the distance. 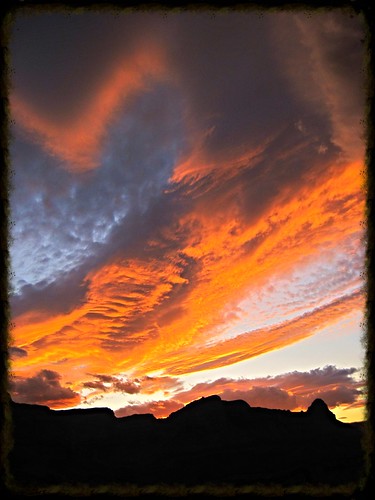 Here’s the thing about hiking a canyon: the hardest part comes at the end, when you are the most tired and you have to go up to get to your destination. And because I like to make things extra difficult for myself, I get to hike up and out of a canyon with only one good leg/foot. Yay me.

We were up once again by about 4a eating breakfast, packing up our gear for the last time and getting our feet taped up. I made the executive decision to sleep with my boots on, because I have the feeling that once that left boot comes off, no amount of ace wrap at KT tape will make it fit in again. 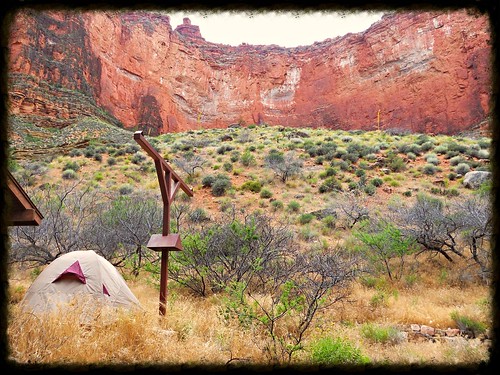 last night of sleeping in the tent for a while

It wasn’t a terribly long and arduous hike from Indian Gardens to the Bright Angel Trail Head. This particular section is popular with day hikers and the like. ANd by 10 am…we were D.O.N.E 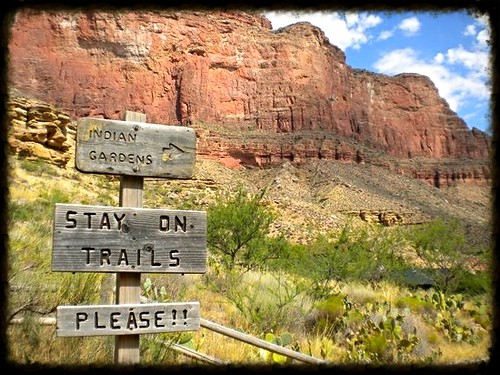 A lot of people don’t like for group activities to end. They’ll hang around, take picture with, exchange numbers, and promise to stay in touch. It rarely happens though. For me, though, after being with strangers for four days, I really just want to be alone. However, this time, I had to hang out with people just a little while longer so that I could hitch a ride to the nearest urgent care clinic to confirm the obvious. 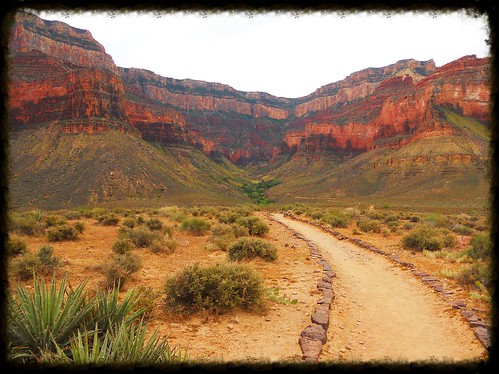 The last hiking I will do for a while, just take it in, OK. 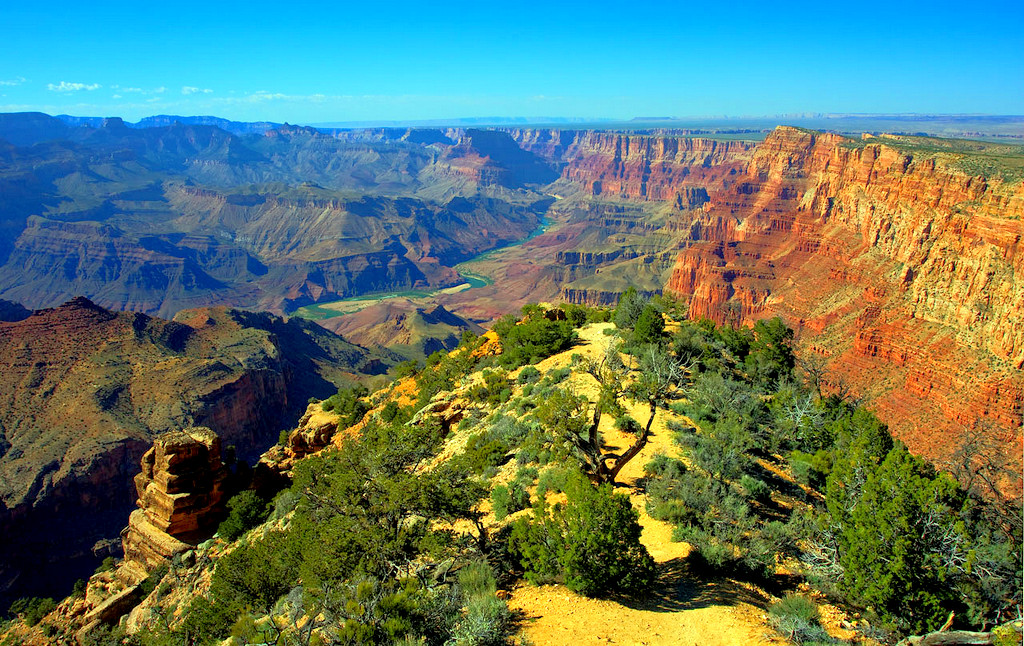 It was twilight by the time I finally dropped my pack on the ground nearly twelve hours after my day had begun. My legs didn’t ache as bad as I anticipated and my neck and shoulders didn’t pinch the way I feared. Considering how nervous I was in the days leading up to my “rim to rim” hike through the …