That Adventure With Dracula

The second post in my series of  haunted places…[in case you’ve missed it, I’ve featured cemeteries and other final resting places earlier this month].  This week it’s a story from a little place in Romania…

A story [based in history]

Once upon a time, there lived a prince in a kingdom called Wallachian.  He was no Prince Charming.  His name was Vlad Tepes.  Stories of his cruelty and thirst for blood abound – stories that make even Stalin, Hitler or Ivan the Terrible seem compassionate by comparison…Vlad was a sadistic bastard and gained the name ‘Tepes’ (‘impaler’) honestly.   His favorite form of punishing his enemies included driving a wooden stake carefully through the victim’s anus emerging from the body just below the shoulder in such a way as to not pierce any vital organs. Best to ensure maximum suffering prior to death and his methods ensured at least 48 hours torture before death.

Impalement was Vlad Tepes’ favorite method of torture, but it was by not his only method. The list of tortures employed by our sadistic prince included nails in the heads, cutting off of limbs, blinding, strangulation, burning, cutting off of noses and ears, mutilation of sexual organs (especially for women), scalping, skinning, boiling, exposure to the elements or to wild animals and burning alive.  He was the one everyone warned their daughters about.

Now, to be fair, it is impossible to verify all of these stories.  There was no such thing as facebook and blogs and cameras and such in the 15th century.   Much of the information we have about evil little Vlad comes from pamphlets published in Germany and Russia and the German pamphlets, were probably politically inspired. In fact pamphlets were a form of mass entertainment in society when the printing press was just coming into widespread use. Much like the subject of Some Celebrity’s latest downward spiral into doom, the life and times of the Wallachian tyrant were easily sensationalized and given the numerous reprints.

Vlad– auf Deutch –was portrayed as an inhuman monster who terrorized the land and butchered the innocent with sadistic glee. The Russian version took a somewhat more measured view, however.  Young Vlad was presented as a cruel but just prince whose actions were directed toward the greater good of his people. No matter what language the stories agree remarkably well as to specifics–Vlad the Impaler was a sick bastard.

His princely father, Vlad II, was called Vlad Dracul (from the Latin ‘draco’, meaning ‘dragon’) after the chivalric Order of the Dragon accredited to him by Sigismund of Luxembourg in 1431. The Romanian name Draculea – literally ‘son of Dracul’ – was bestowed on Vlad Tepes by his father, and was used as a term of honor. Another meaning of ‘draco’, however, was ‘devil’ and this was the meaning that Stoker’s novel popularized.

In search of Vlad:

Vlad was born in the Romanian town of Sighisoara.

They seem to be pretty proud of their native son in Sighisoara.

Sighisoara is a UNESCO world heritage site so should Vlad return from the dead today, he’d still be able to find his way around.

Bran Castle, situated near Braşov, Romania, is a national monument and landmark. It was built by the Teutonic Knights in (or around) 1212, after they had been relocated from Palestine to the Kingdom of Hungary.  The fortress is situated on the border between Transylvania and Wallachia. In addition to its unique architecture, the castle is famous because of persistent myths that it was once the home to our villain, Vlad the Impaler.  According to most accounts, Vlad  spent two days in the Bran dungeon, as the area was occupied by the Ottoman Empire at the time. Because of the (disputed) connections between Vlad and the fictional character Dracula, the castle is marketed to foreign tourists as Dracula’s Castle.

The castle is open to tourists, who can view the inside by themselves or as part of a guided tour. At the bottom of the hill is a small park to which examples of traditional Romanian peasant structures (cottages, barns, etc.) from across the country have been moved.

The castle passed through royal hands for many generations. For many years at the beginning of the 20th century, it was the principal home of Queen Marie, who, despite her British birth and upbringing, became quite a Romanian patriot. The castle is decorated largely with artifacts from her time, including traditional furniture and tapestries that she collected to highlight Romanian crafts and skills. It was inherited by her daughter Princess Ileana of Romania, and was later seized by the Communist government of Romania in 1948. For many years it was tended to erratically, but after 1980′s restoration and the Romanian Revolution of 1989, it became a tourist destination. The legal heir of the castle is the Princess’s son Dominic von Habsburg and in 2006 the Romanian government returned it to him (Habsburg is currently an architect in New York City and probably never designed something so fancy)

one final view of the citadel–it was a dark and stormy day [oh come, oh….you know I couldn’t resist]

The story of how this fortress was constructed also involves a tale of revenge… Early in his reign, Vlad Dracula gave a feast to celebrate Easter. Vlad was well aware that many of these same nobles were part of the conspiracy that had led to his father’s assassination and the blinding and then burying alive of his elder brother, Mircea.  Many had also played a role in the overthrow of numerous Wallachian princes. During the feast Vlad asked his noble guests how many princes had ruled during their lifetimes. All of the nobles present had outlived several princes. None had seen less then seven reigns. Vlad immediately had all the assembled nobles arrested. The older nobles and their families were impaled on the spot.  The younger and healthier nobles and their families were marched north to the ruins of his castle in the mountains above the Arges River. The enslaved nobles and their families were forced to labor for months rebuilding the old castle with materials from a nearby ruin. According to the reports, they labored until the clothes fell off their bodies and then were forced to continue working naked. Yep, ol’ Vlad was a sick bastard.

Lake Vidraru–only 1km away from Vlad’s  fortress…I might have impaled people too for that view…It’s amazing.

In the end, I learned a lot of interesting history–some of it quite disturbing–but I didn’t find any vampires, evil villains, or rich princes [Dominic must not have been home], but I did find Vampire Wine–[oh yeah, I bought some] 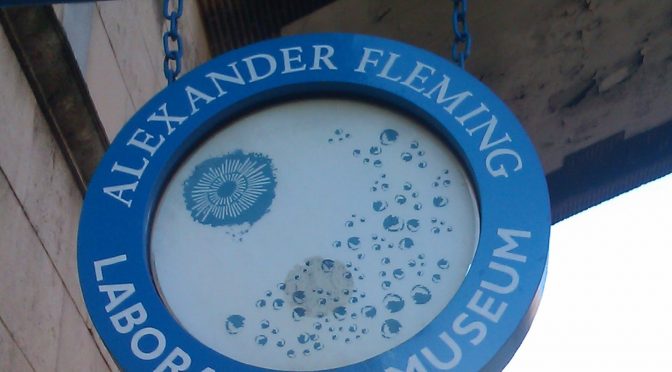 Apologies… more science feel free to skip if science bores you, but I think it’s fascinating… What do you thing the most important discovery of the 20th century was?  Flight?  definitely an important one, especially for us travellers. Einstein’s theory of relativity?   Sure, it’s important, but how often does ...