The world is a rather large place, and I love exploring new cultures, places I’ve never been, and seeing new things. And since the world is a large place, new destinations generally take precedence over places I’ve been before. Often, I say [in my head] “I’d love to come back here. Someday.” Which places are those, you ask? Places that hold a special place in my heart. There are the easy ones, like London, England where there is so much to see and do I doubt I could do it all in one lifetime. Or Charleston, South Carolina, which is an international tourist destination, but is relativity close to my current home. And Huanchaco, Peru where there isn’t a whole lot to do, but it’s where I was first part of an international community of backpackers. I’m not so naive to believe that if I went back to Huanchaco it would be the same as it was when I was there. Part of the charm of living in a tourist/backpacking town is the continuous influx of new people, but that’s also what makes it hard to fit in. Excluding the obvious, here are five places that I’d love to return to. Someday.

Mendoza, Argentina
There’s no other way to put it–Mendoza is simply amazing. The wineries…

The mountains…[the tallest in the Western hemisphere]

The ruins… [some Inca ruins are all the way down to Argentina].  I only hope that someday I will make my way back to Argentina.

Isle of Skye, Scotland
Nestled up in the Scottish Highlands is the Isle of Skye. Other-worldly. Beautiful. Remote. Amazing. Skies that go for miles. Castles. Ruins. Stone footbridges.

Russia in general isn’t known for its friendly, welcoming attitude towards visitors. But everyone I’ve known who has taken the time to deal with Russian bureaucracy has thought it was completely worthwhile. In 2009, I studied abroad at Moscow State University. My sole reason for doing that was to get to Russia. I didn’t care so much about the program as it was an agriculture program, and I have zero interest in farming, but from January until June I was in possession of a student visa which allowed me access to most of European Russia.

I made it to St Petersburg 4 times over the course of 6 months–each time different than before. I’d love to go back in the fall. Moscow is interesting; it is just too big of a city for me to enjoy. St Petersburg is more manageable with the added bonus of imperial Russian history. Moscow is historic in a communist sort of way. St. Petersburg, though, is more to my liking.

Kotor, Montenegro
I only spent one day and one night in Kotor as a last minute detour to defrost after being in Hungary, Romania, and Serbia. I was so glad I made time in my schedule to see this amazing small town. In January, it was as if I was the only one there. I’m told that even in summer, it gets none of the craziness like Split or Dubrovnik, Croatia. YET.

As the country of Montenegro, it has only been in existence since 2006, but its civilization dates back as far a 9th century, and it has been, at times, ruled by Italy, Ottoman Empire, and Yugoslavia. It is being “discovered” by tourists and is the second fastest growing tourist destination. Go now before it becomes just another blip on the European tourist trail.

Honorable Mention:
The Alps…any part, any country, any time of year.

2016 Michelle here. Here I sit… older and wiser and all. 2005 was a particularly low spot in my life, and going in Italy in 2006, while not the best idea I’ve ever head, was really what jump-started my love of travel.  And also here I sit, older and wiser ... 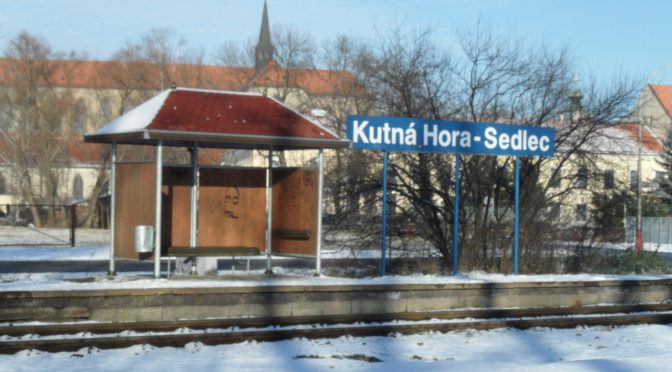 Ah yes, the church of bones.  I’d heard about it before and even visited other crypts and ossuaries, but I knew that I’d have to visit Kunta Hora if given half a chance. Less than a day away from Prague, lies the hauntingly beautiful chapel of Kunta Hora–a chapel decorated ...

The second post in my series of  haunted places…[in case you’ve missed it, I’ve featured cemeteries and other final resting places earlier this month].  This week it’s a story from a little place in Romania… A story [based in history] Once upon a time, there lived a prince in a kingdom ...