I have a confession to make that will put me squarely in the literary hall of shame–I have never, not even once, read a book by Earnest Hemingway.  It’s not as if I haven’t tried…I just find them incredibly boring, but to have been Hemingway, to have lived a carefree life of travel, whisky, women [ok, not interested in that part],  and writing, that part is appealing to me. And a giant house full of cats.  The only thing that keeps me from adopting all the strays in the hood is the fact that I do like to pack my bags and head out for a bit.  I can find kitty-sitters for  Lucy and Christopher; if I had 10 or so, it might be a bit more difficult.  Anyway, I digress…

Key West is well known for it’s unique and historic houses, but I’d wager the Hemingway House is the most popular if for no other reason than its former [and current] occupant[s]. 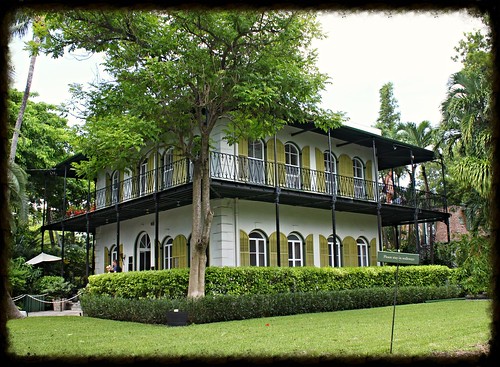 The house was originally owned by Asa Tift, a marine architect and captain, who built the house in 1851. The estate didn’t become Hemingway’s home until 1931. He purchased the property, which by then had been boarded up and abandoned, for $8,000 in back taxes owed to the city.

Hemingway, his second wife, Pauline, and their two sons lived together in the house until 1940, when Hemingway left for Cuba. In 1951, Pauline (now his ex-wife) died leaving the house vacant, apart from the caretaker that lived on the property.

For the next ten years, Hemingway used the house as a place to stay during his trips between Cuba and his home in Ketchum, Idaho. When Hemingway died in 1961, his sons agreed to sell the estate.

During his years in Key West, Hemingway completed about 70% of his works including A Farewell to Arms, Death in the Afternoon and The Snows of Kilimanjaro. [of which, I’ve read none…hangs head in shame] 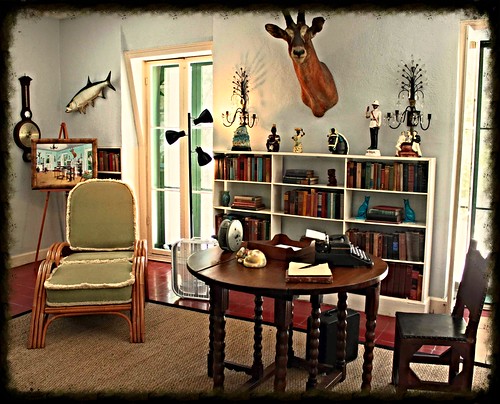 I *might* could get some writing done in an office such as this.

After his death, the house sold at a silent auction for $80,000. A local business owner, Bernice Dixon purchased the house. She lived in the main home until 1964, when she moved into the guest house and turned Hemingway’s home into a museum. After Bernice’s death in the late 1980’s, the estate was passed onto her family who have kept the property open to visitors wanting to learn about the life of Ernest Hemingway.

My interest in visiting the Hemingway house was not because I’m a Hemingway fan , but because I love old architecture. I especially have a thing for buildings with wrap around porches and wooden shutters. 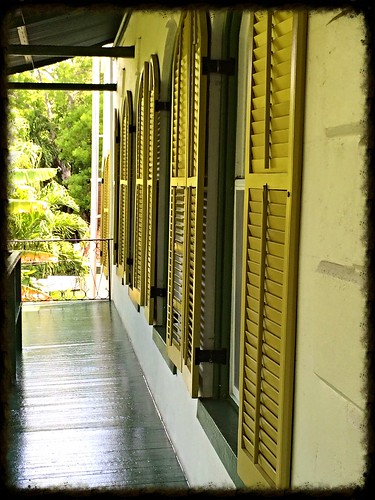 And the cats.  Oh yes, I knew all about the cats ahead of time. Any place that has cats roaming around is my kind of place. Each cat [and there are more than 40 fabulous felines roaming the house and grounds] has six toes or at least the genetic trait to pass on to future ancestors of Hemingway’s favorite pets. These polydactyl cats live all over the grounds. They were all born here and are completely used to camera wielding tourists. They can sleep through any shutter speeds, but occasionally want to be pet or scratched behind the ear.

During my walkabout the house, a cat pranced into the bedroom and clawed at the carpet [just like Lucy does]. She was permitted to do so [unlike Lucy]. She then plopped down at the feet a group of tourists … quite certain that no one would step on her [Much like Christopher. Cats really are the same no matter where you go]. Another cat was asleep on the master bed. 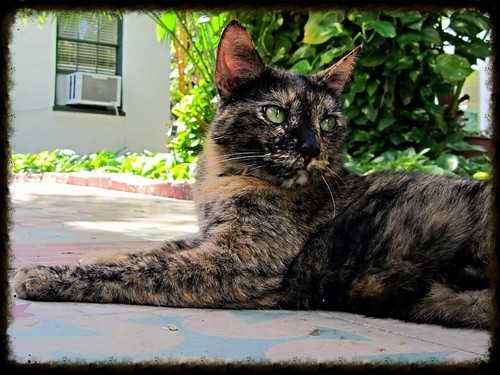 Legend goes that Ernest Hemingway was given a white six-toed cat by Captain Harold Stanley Dexter. Rumour has it six toed cats are good luck…kinda like cute little four leaf clovers. The gift-kitten was from a litter of the captain’s cat Snowball, who also had six toes.

Hemingway’s boys named their new kitten Snow White and as Hemingway once wrote, “one cat just leads to another”. Even today, some of the cats that live at Hemingway Home are descendants of the original Snow White. 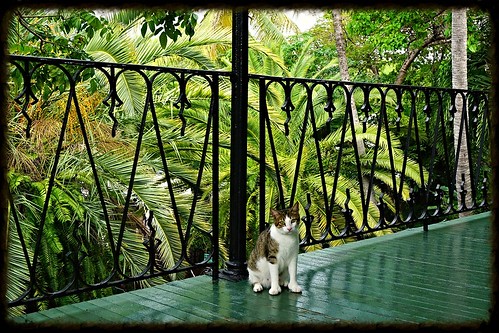 Argghhhhh….I can’t even stand the cuteness of this guy.

There are so many cats at Hemingway’s house that the museum has its own veterinarian to care for them. How cool is that job. A Cat only veterinarian. Sign me up! Cats, unfortunately, do not live forever. However, there is Cat Cemetery behind the house where one can pay respects. 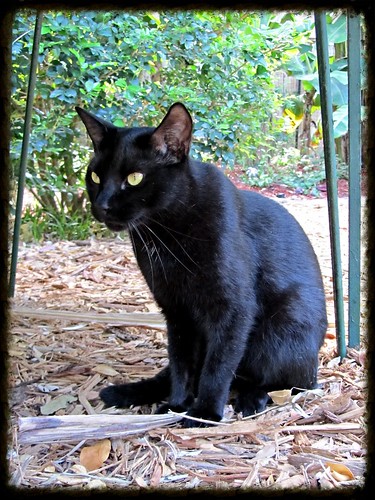