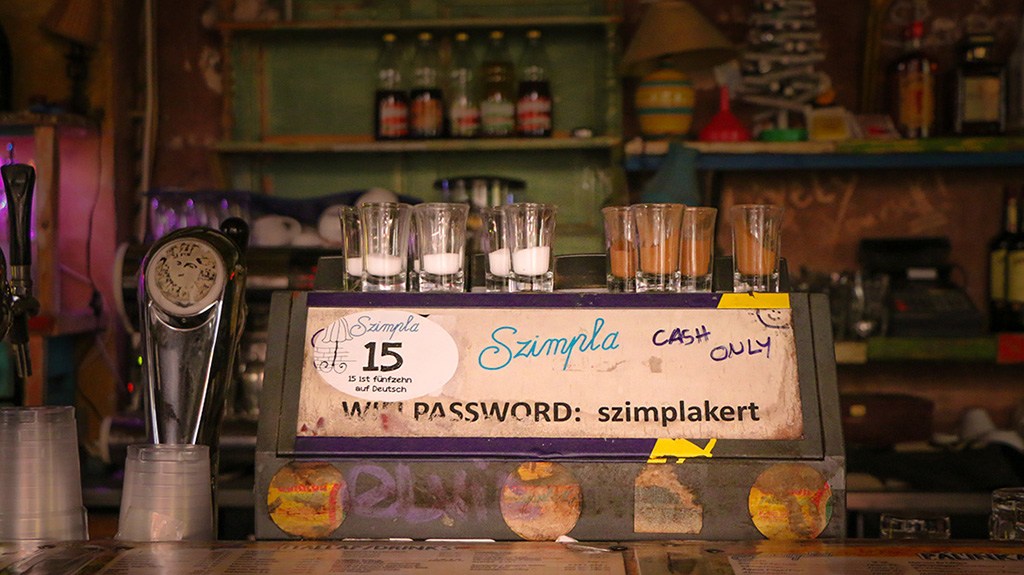 Budapest is an odd little city, and part of what makes it odd also makes it cool. Budapest is home to ruin bars, and a visit to the capital of Hungary isn’t complete without a drink (or two) at one of these bars which are unique to the city and unlike nearly anything else I’ve ever seen [and for the non-drinkers among us, most of these places have offerings such as  fresh lemonade,coffee, or devine hot chocolate].  I visited my first ruin bar during my first visit to the city in January 2013. Back then, I did Budapest’s version of a ‘pub tour’ and got to visit quite a few of these establishments. My favourite by far is Szimpla Kert, a garden/pub/cafe/souvenir shop/farmer’s market/local hangout/shisha bar.  Whatever you can think of, it’s happening here. 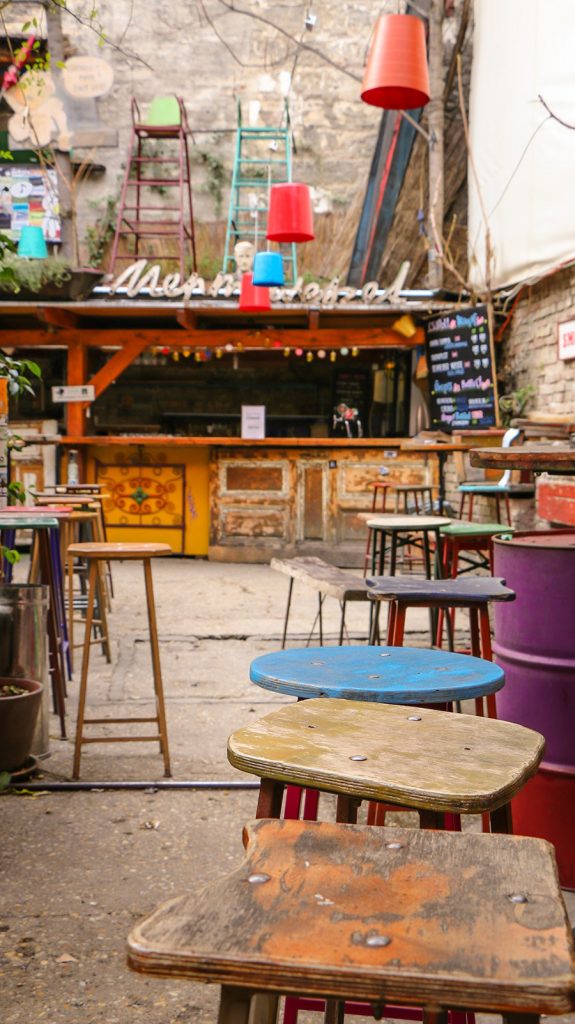 Known by locals as ‘romkocsma’ (ruin pub in Hungarian), these pubs have been a part of the drinking culture for over a dozen years. Every one is unique but, more often than not, a ruin pub in Budapest will have a rundown and slightly sketchy exterior that completely contradicts the vibrant colours and unique ambience you’ll find inside. Filled with second hand furniture and nearly anything funky picked off the curb, these formerly abandoned buildings are now pretty integral to Budapest. And it all seems to have started in the city’s 7th district.

The neighbourhood was largely damaged and neglected after World War II and it’s said that ruin pubs are what changed the district’s future for the better. Where many saw abandoned factories and deteriorating apartment complexes, the people behind Szimpla saw potential. Over the years, the transformation of these buildings (and now others across the city) led to an entirely new concept in Budapest that is pretty darn cool. 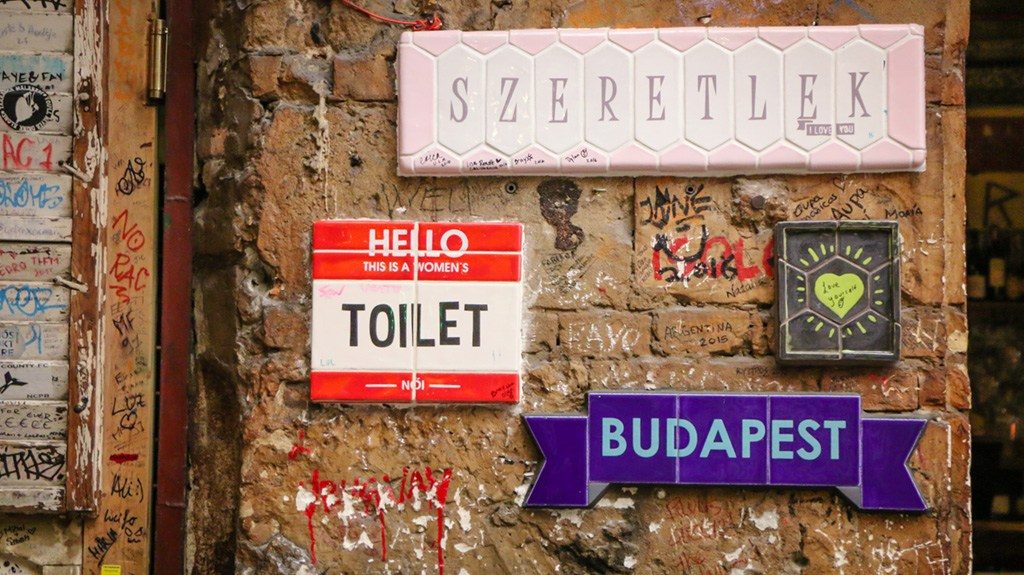 The Story of Szimpla Kert

Szimpla originally opened in 2002 as an indoor cafe in a location a few blocks away from its current location, but the ruin pub trend didn’t actually begin until 2004 when they relocated to their current address at 14 Kazinczy Street.  Before Szimpla moved in, the area was a relatively quiet spot in the VII District or Jewish Quarter, and the future ‘pub’ was a dilapidated building was a former stove factory. Through the magic of vision, it was transformed into one of the coolest, most eclectic bars I have ever seen.

It was first opened as Szimpla Kertmozi [kertmozi means garden cinema in Hungarian] and their large courtyard was the place to hangout and watch underground/indie films. While they’re still known to play the occasional outdoor movie, Szimpla Kert has come a long way in the last 13+ years.

One of the criticisms of Szimpla Kert is that approximately 80% of the guests are non-Hungarian.  In fact, while the menu and signs were in Hungarian, the languages I heard most often were English [Australian version], German, and maybe Czech [I’m a little fuzzy on that one]. Nonetheless the place represents the rebirth of Budapest.  It represents entrepreneurship and making use of the architectural opportunities of the city – even if that means the city’s ruins. Szimpla Kert changed Budapest’s international image and unintentionally created the “ruin pub” genre, for which Budapest is now famous around the world. 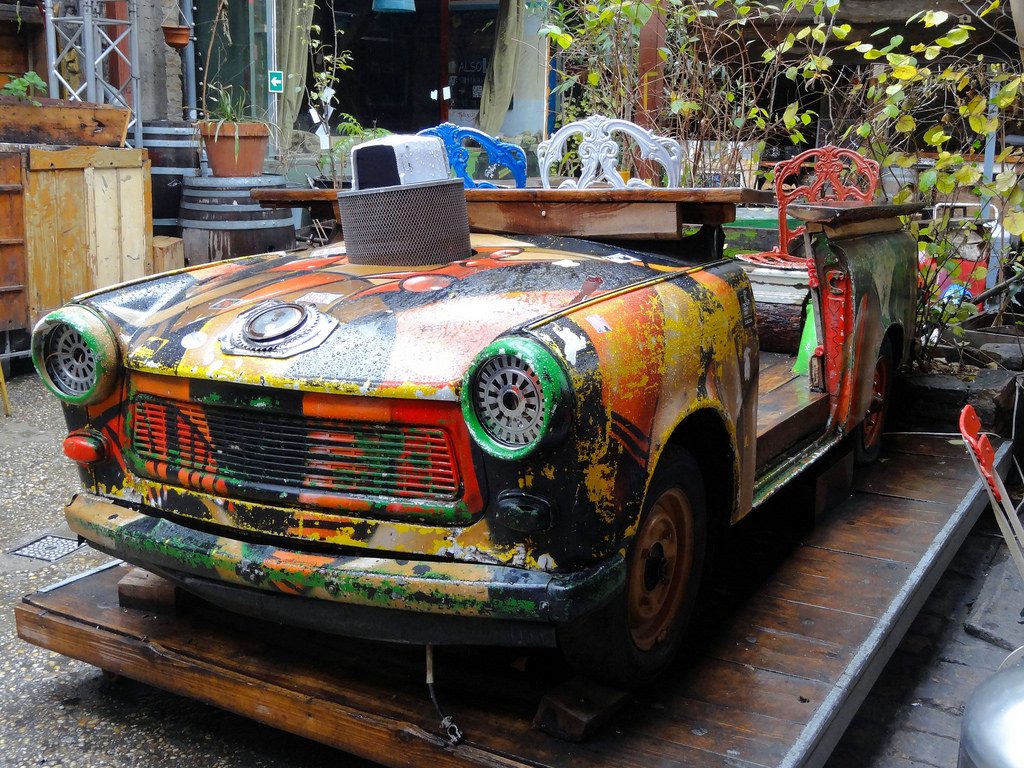 It’s hard to put the atmosphere into words but I’ll try… Narrow hallways and spiral staircases take you through the indoor/outdoor are where you’ll encounter dozens of rooms varying in size and usually with their own theme. When it comes to the decor,  anything goes; don’t be surprised to see a bicycle hanging from the ceiling, a clawfoot tub being used as a loveseat, a robot dancing in a phone booth or a Trabant car smack in the middle of the garden. You’ll find graffiti, funky art and pretty much everything that doesn’t ‘belong’ in a pub. And yet, it all makes perfect sense. Everything fits. Even the row of seats taken straight out of a theatre. And the neon kangaroo that was probably once part of an amusement park.

Countless other ruin pubs have followed in the footsteps of Szimpla. So much so that there are now even specifically designed venues aiming to be romkocsma-esque. The idea of converting buildings that lay in ruin into lively venues seems so simple in its resourcefulness that the idea has taken off in other cities in Europe too. 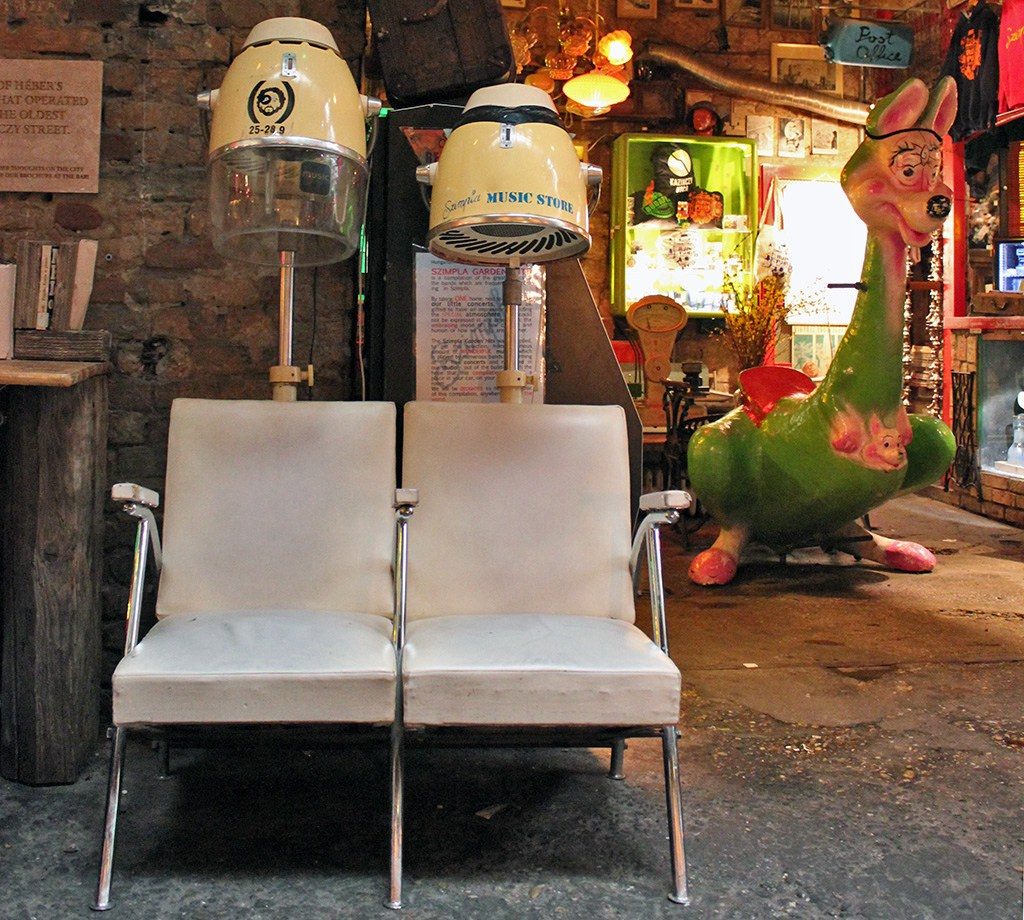 I’m a sucker for a good market and the city of Budapest has many. But most are closed on Sunday and only one is inside a ruin pub. Each Sunday, from 9am till 2pm, Szimpla Kert transforms into a garden of charming farmers’ market stands. There are several local vendors selling everything from fresh bread to veggies, organic spreads and even truffles. There’s also a new all-you-can-eat brunch Sunday morning in their salon upstairs with local ingredients served buffet-style. 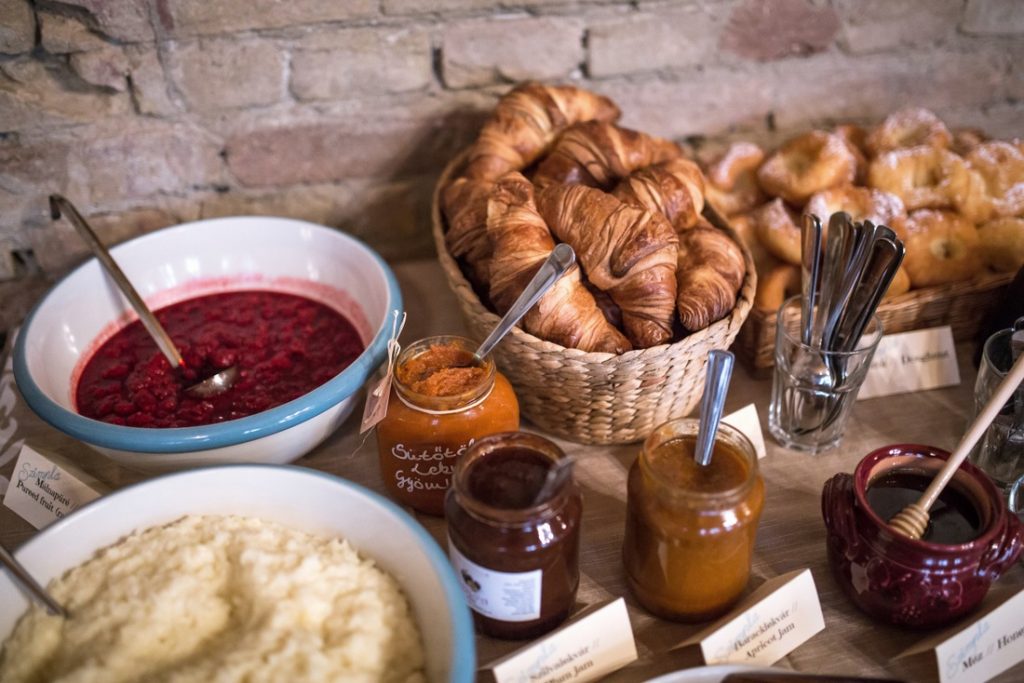 They have great coffee. They have free wifi. Need I say more? Most wouldn’t think to take an afternoon coffee break at a ruin pub but I actually think Szimpla is a really great place to visit during the day. You get a chance to see how bizarre some of the decor is and you’ll be sure to discover a corner or an entire room you might have missed while visiting at night. You can even bring your pet in with you (except during the farmer’s market). Another reason Szimpla Kert is great for that coffee date is it’s nice and quiet. Because silence is something you can bet you won’t find here on a Friday night. Or any night actually… 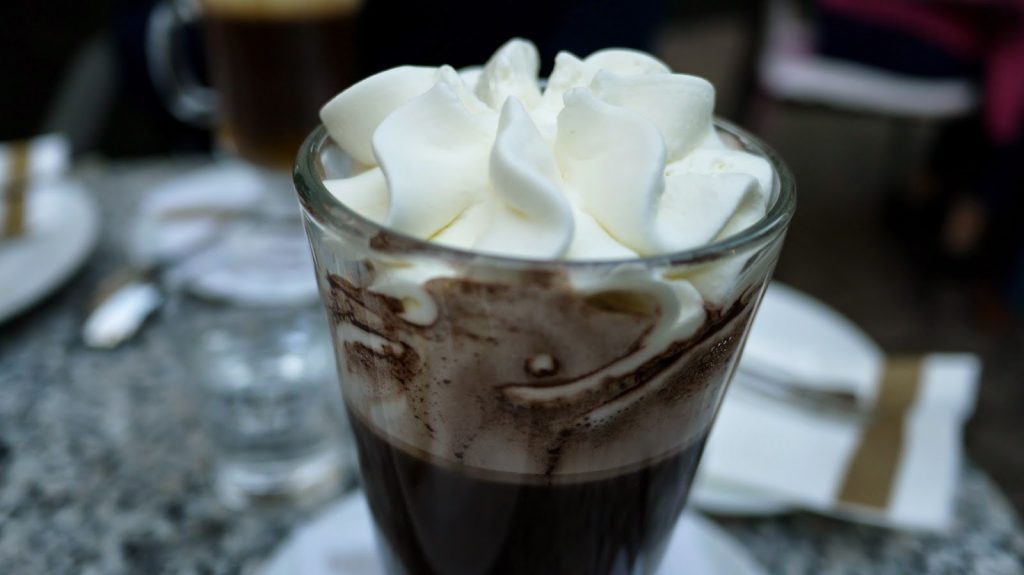 I hope by now you’ve come to realize that Szimpla Kert is more than just a bar. It’s an iconic place in Budapest with an obvious presence in the community and you can be sure if I ever find myself in Budapest again, I’ll be looking forward to seeing what cool and amazing things they have added there. 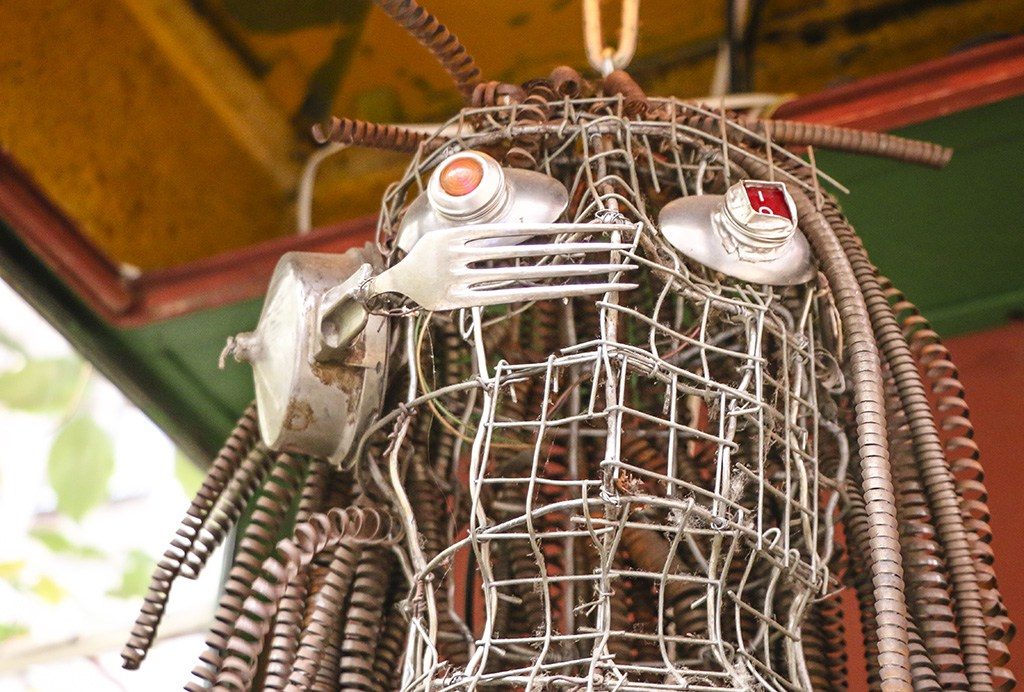 Szimpla Kert is cash only and for more information, opening hours and all current events, you can visit their website.