Today is Valentine’s Day–a day where couples celebrate their love, or for the more cynical among us, a day capitalized on by card makers, candy purveyors, and jewelry hawkers. Despite the appearance I may give, I’ve been coupled up (and mostly happily coupled) every year since I was 19 years old.  My sole year as a singleton, I happened to spend in Italy–a placed designed for romance.  I survived asking for a table per uno when dining alone in Tuscany.  I was treated to a free tour and then some by an amazing vespa driver who waide no one should be alone in Rome, and no one should be alone on their birthday.  Never-mind I was meeting a group of people for a tour the very next day.  What happens in Italy, stays in Italy (you know, at least the non-travel parts).

Overall, I am a private person and just because I choose to be on the internet doesn’t mean my partner does.  I respect that.  My current partner hates airplane travel, and doesn’t really enjoy long car rides–the most distance we’ve traveled together is Florida.  And you know what, that’s OK.  That means I have an automatic support system at home.  I have someone to feed the cats and check the mail.  I have someone who can contact banks and such if  I’m abroad.  Sure, we haven’t invented a way to literally ‘reach out and touch someone’ but with technology being what it is, I can video-chat, talk, text,  or whatever anytime I’m gone.  And missing someone makes coming home so much sweeter.  And there’s always someone to pick me up at the airport. So, I am not a solo traveler.  Or at least not by choice.  Given the opportunity, I would rather share amazing sunsets or  discover interesting things or go on hikes with someone than do it alone.  But I’d rather do all these things alone than not do them at all.  And therein lies the quandary.

Long-term solo travel is still an uncommon practice in the United States (compared to Europe, Australia, and New Zealand, but getting more popular everyday) so when I announced my plans to travel around South America for a year plus my news was met with trepidation more than excitement.  Perhaps the main issue was that most of my friends, co-workers, and family had never heard of someone taking a year off and heading off without concrete plans.  Add in the media hype of danger at every turn outside the US borders and I can *somewhat* understand their concerns.

However, sixteen months after leaving, I returned, all in one piece, only having one real story of danger to report. I have since traveled even more extensively, to places where I don’t speak the language, and *somewhat* off the tourist trail.  I have not found the media view of danger at every turn to in fact be a fact.  BUT in the early days of planning every time someone told me of ‘something’ happening ‘somewhere’ I wondered if I needed to be prepared for that–whatever ‘that’ may be [‘That’ ranged from the plague to kidnappings to earthquakes].  Eventually I said fuck-it-all, and just went with the fact that I’ve successfully gotten myself ‘un-lost’ on several occasions, have survived natural disasters, and have even managed to disentangle myself from unsavory characters while at home. 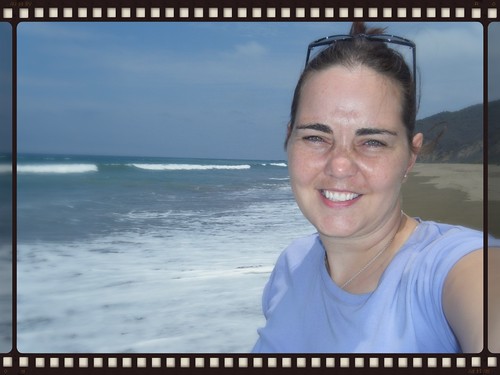 So while safety was always the first thing someone brought up upon hearing my plans, the ‘solo’ aspect was immediately next as in ‘aren’t you afraid to go by yourself?’ or ‘what if you get lonley?’ or several other well-meaning but misguided questions. The truth of the matter is that as an only child who grew up in the country instead of a neighborhood full of other kids being by myself is the least of my concerns.

For me, it was always the opposite.  I was worried other people would get on my nerves and I’d have no alone time.  I have since learned that as a solo traveler I can have as much or as little ‘alone’ time as I want, and it’s always easy to meet up with other travelers for activities, day trips, or whatevs.

At 19, I planned to go to England with my then-boyfriend.  I worked my entire freshman year of college to save up enough money for flights, train tckets, souveniers, ect. A last minute change of plans on his part meant either go by myself  or not go at all.  And so I went.  By myself.  Which was the last thing in the world I wanted to do. I hate asking for directions, or talking to strangers.  I don’t trust easily. But I went anyway. And I had fun.  I learned to trust my judgement.  I learned not to be scared of everything and everyone.  I hung out in pubs in England.  I discovered the joys of hiking in Wales. I discovered Harry Potter in Scotland. Sure, I read some when I was out eating.  I didn’t eat a whole lot of dinners in restaurants.  I was 19!  I wouldn’t have felt comfortable eating in restaurants with someone.

What I did learn is that young, solo female travelers are pretty much on the lowest of the low of  in terms of travelers. Couples have safety in numbers, even groups of 2 or 3 females traveling together have it made compared to the single traveler,  and male solo travelers –it’s just different for a solo man. And as I’ve gotten older, well, let’s just say I attract less attention than I used to–and I am more than OK with that. Of course I still get nervous if I get lost and followed by strangers; that’s just the evolutionary equivalent of being chased by saber toothed tigers.

There is no one-size fits all rule. Life, and travel, is about constantly assessing a situation, making predictions, observations, and acting based on those assessments. I do this everyday at work. Seeing people, assessing the situation, making decisions based on those assessments. Traveling (and working in healthcare) has greatly increased my ability to size up a situation and a person and make an accurate judgment. In talking to people from all walks of life, all cultures, backgrounds, attitudes I have created a mental book of knowledge from which I pull when I encounter something new. If safety is the topic, then I have only increased my safety by traveling and added new experiences from which I can draw in uncertain situations.

So what have I learned 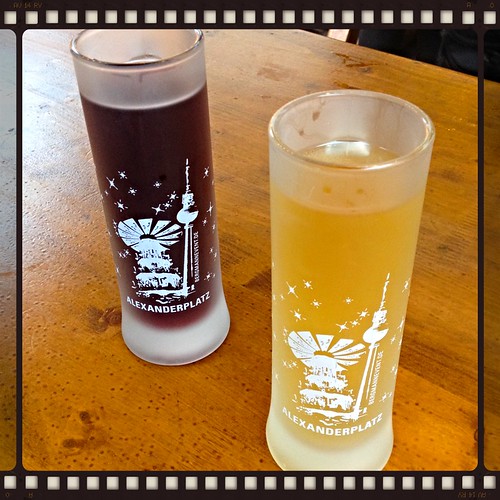 Enjoying local beverages should be fun; getting drunk while doing so should be verboten!

Which brings me to my final point–Anything can happen anywhere.

Above all, whenever you are out and about – at home or abroad – be aware of your surroundings and trust your instincts.  If something feels wrong, it probably is.