Wait, who/what is Ampelmann, you ask? 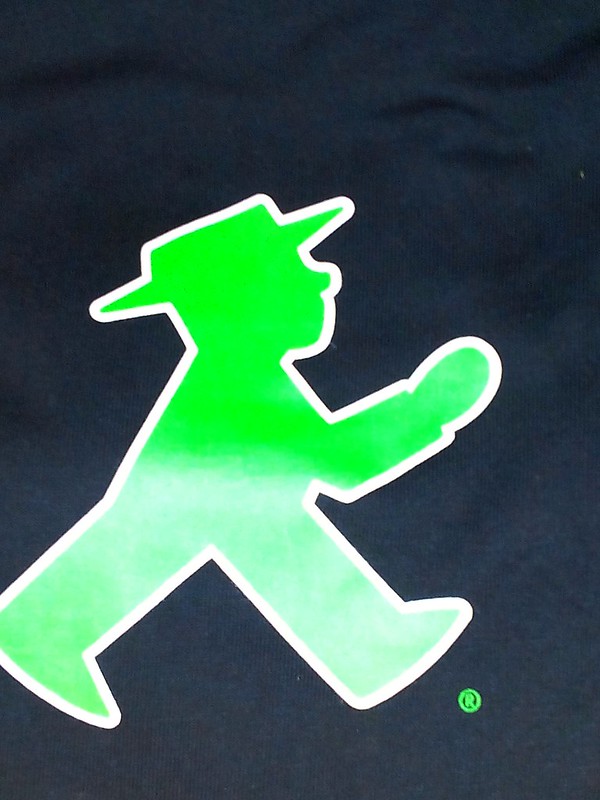 This is ‘die Ampelmann’.  He is a cult hero, and certainly one of my favorite symbols. EVER. He is Berlin born and Berlin bred.  Ampelmann is the East German pedestrian traffic light symbols. He was ‘born’ on October 13th 1961 making today his 55th birthday.  Ampelmann is the brain child of East German psychologist Karl Peglau when, in response to the growing threat of road traffic accidents, he introduced the first pedestrian traffic signals to the GDR capital. 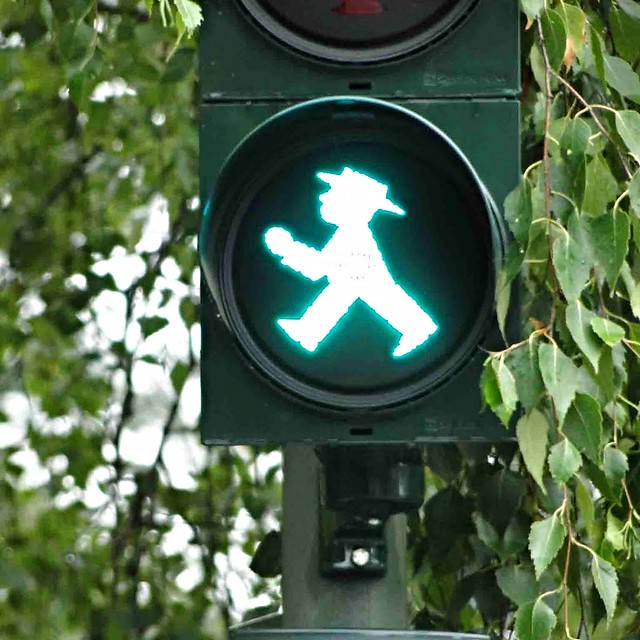 And so the traffic light, which up until this point had only directed car traffic, was joined by the pedestrian traffic light. Ampelmamm was designed to be cute and appealing to drivers because according to the psychologist Peglau “road-users react more quickly to appealing symbols”.  The cute and adorable traffic light symbols fulfilled their purpose and found widespread acceptance both on the street and in social life. 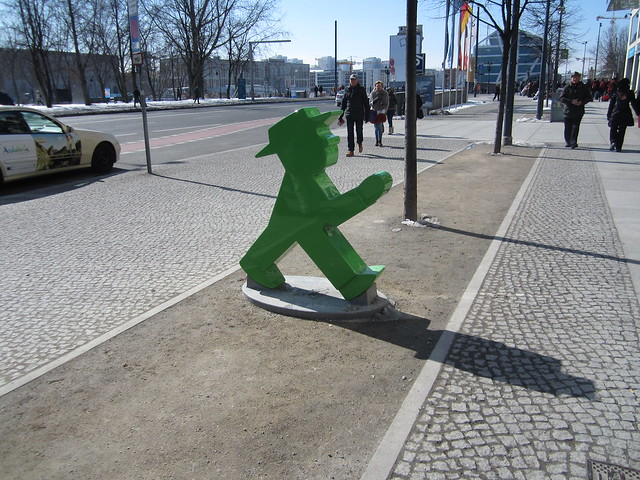 In 1982, after 21 years’ successful use, ampelmann made his film debut. Friedrich Rochow started casting them as guardian angels in his road safety training film for children. The ampel men, in the form of animated figures, were always at hand with valuable tips in hazardous situations. The ampel men were also deployed in other areas of road safety training.  EDIT:  I would have been enthralled to watch a safety video staring ampelmann as an elementary school kid.  All we got were terrifying videos of kids being run over by buses.  I still remember those. School children who could demonstrate good road safety knowledge received the ‘Golden One’ badge with the green ampel man or a special ampel man key fob. The two ampel men also adorned the card-game ‘Take care in traffic!’. Kindergarten children made their acquaintance on rubber stamps and in coloring books.

I had to show utmost restraint in not purchasing every.single.item. in the store.  Except the flip-flops.  They could keep those.

And this is what the East German school kids got for excelling in traffic safety. But ampelmann was East German in design and only lived on the east side of Berlin.  Following reunification, the ampel men were supposed to disappear along with just about everything from every day East German life. The West German authorities, politicians, and traffic engineers were critical of the little green men on the East German traffic lights.  Who in their right mind could be critical of these super helpful, super adorable traffic signals.  I just want to take one and cuddle with it. In 1994 work started on replacing them with the euro traffic light man. Current arguments tried to argue that only the electronics were antiquated not the symbols, but bureaucrats being bureaucratic did not care.  They wanted the symbol removed from current usage. In 1996, industrial designer Markus Heckhausen adopted the discarded little green and red men. [Yay for Markus!] The first Ampelman products arose from the original glass of the traffic lights: as red and green ampel lamps. [I would sell my first born child in order to have one of these lamps.] The media response to the lamps and the story of the symbol’s disposal was huge, and so the extinct ampel men was rescurrected and once again entered the consciousness of the Berlin population. 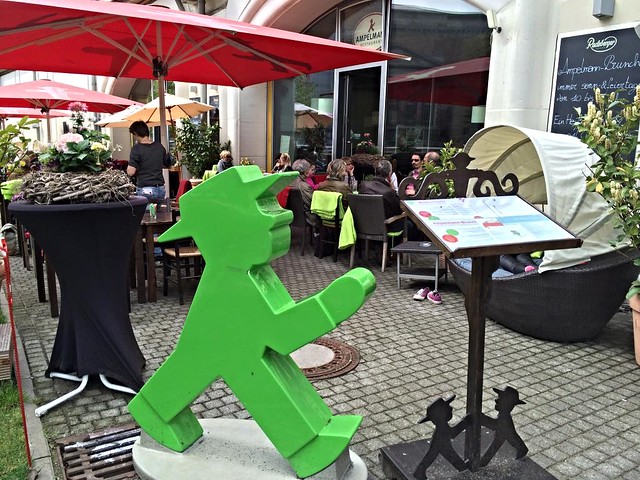 Oh.my.word. An Ampelmann cafe.  How adorable are the two ampelmen holding up the hostesses’ stand.

A resistance movement began. Under the slogan ‘we are the people’, committed citizens strove to prevent the abolition of the last remaining symbol of East German daily life. The ‘committee for the preservation of ampel men’ was founded. With many creative protest actions, it succeeded in drawing greater attention to the comical figures. When the media joined the campaign, politicians and authorities could no longer avoid entering into objective discussions.

The advantages of the ampel man, such as the clear symbolic and his wide-spread acceptance, could no longer be denied. And due to his stocky figure, large head and hat, the illuminated surface of the East ampel man was almost double that of his western competitor. This made him more recognizable which is particularly important for children. In 1997, it became clear that the beloved East German ampel men had been saved and would retain their place on the urban landscape.

Yes, I bought ampelmann earrings.  No, I am not ashamed to wear them every day, and I do.  Or nearly every day.