As Mayan ruins go – and there are many in Mexico, and I’ve visited more than the average bear– Palenque is one of the best. 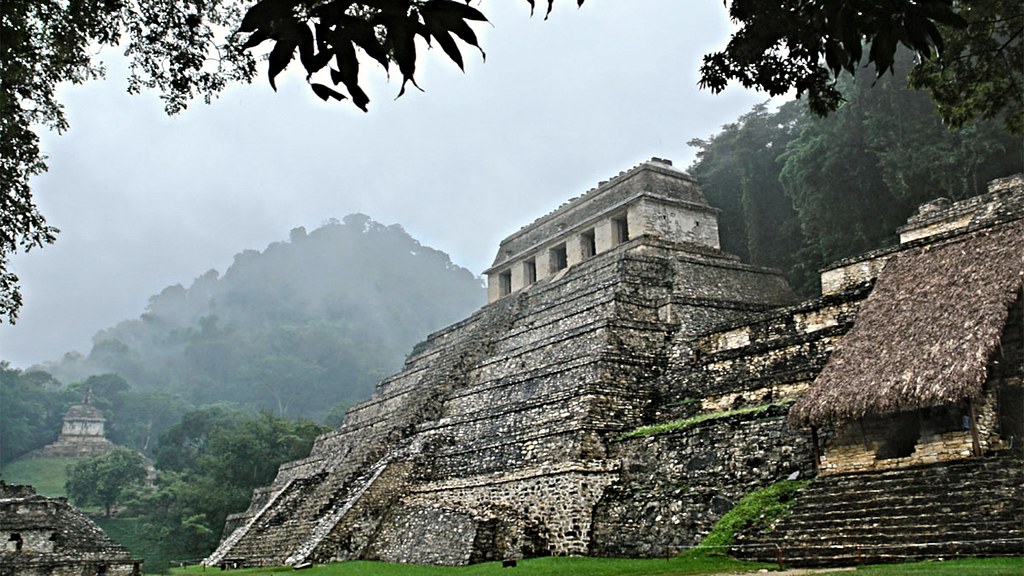 This ancient city is quite older than some and it dates back as far as 226 BC . While Palenque seems quite small in comparison with some other ruins such as Tikal and Chichen Itza, it is thought that the majority of the city remains undiscovered behind dense jungle.  What is there is incredibly well preserved for a city of more than 2000 years old. 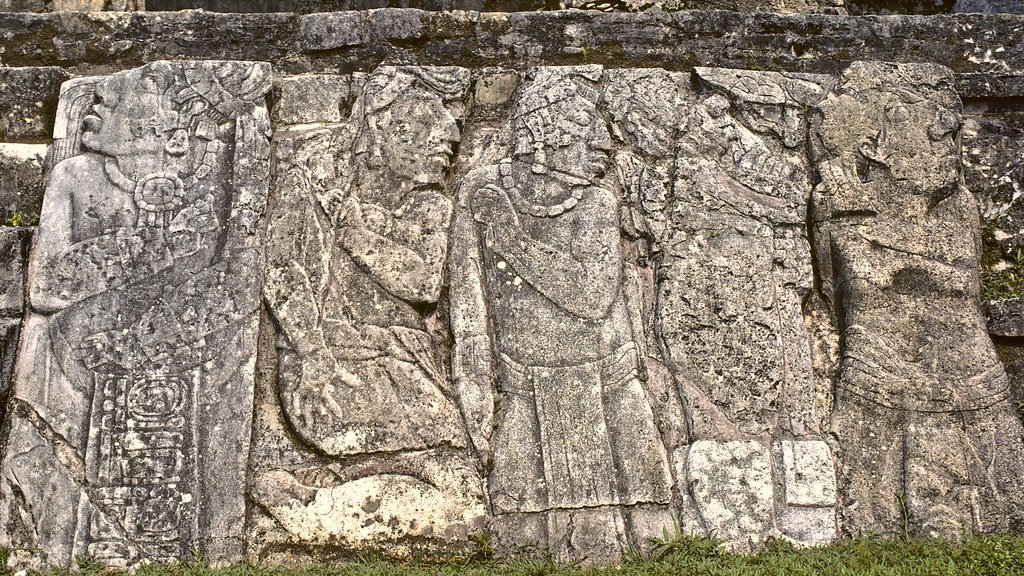 Palenque stand out in my mind for several reasons one of which is this is the only ruin I visited where I had family with me.  My dad, who has since passed away, met me in Guatemala City on a complete whim [what can I say, spontaneity runs in the family].  We traveled together on a rickety old school bus to the Mexican border, stayed in quite possibly the worst hotel [and I use that word cautiously] I’ve ever been in [and that’s saying a lot], nearly froze to death in San Cristobal de las Casas, and once of us [hint:  not me]  angered the travel gods and suffered Montezuma’s Revenge. By the time we reached Palenque, one of us was very nearly dead and the other wanted to finish the job.

The heat and humidity of Palenque is no joke.  Having come straight from the mountainous San Cristobal [where I suffered from fever of unknown etiology and was quite weak], it was next to impossible to adjust to the heat and humidity of Palenque.  I did what I rarely ever do:  I rested.   I woke up with the howler monkey screeches at 5 am, siesta-ed in the hottest middle part of the day, and prowled around like an ocelot at night.  [Ocelots and howler monkeys do live in the jungle, but I never saw either of them].  On the third day, we tackled Palenque. 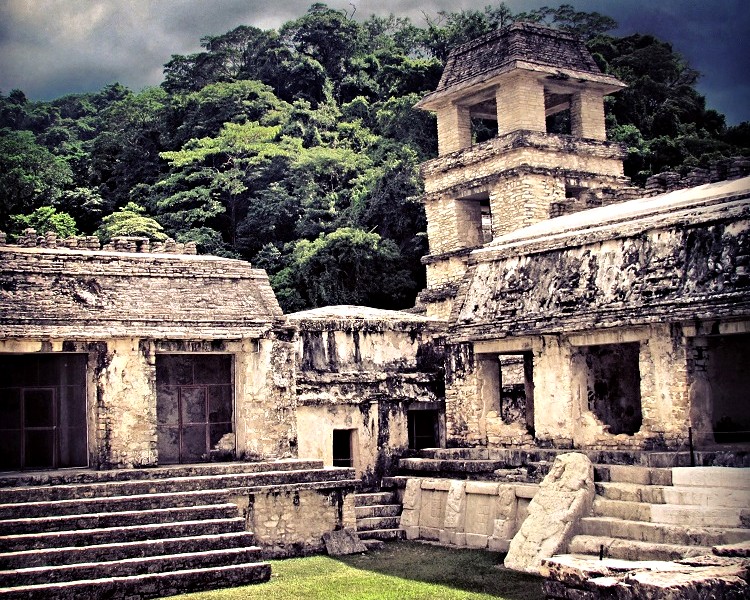 The entrance to Palenque is a giant parking lot filled with people selling everything from refreshments to hats and souvenirs. Many of the paths within the gates are also lined with vendors. At the entrance to the site, official guides vie for your attention. They may mean well, but you can get almost as much information from plaques dotted around the site, and it’s much more enjoyable to explore the ruins at your own pace [even if you have to leave your dad sitting on the steps with the jaguar] 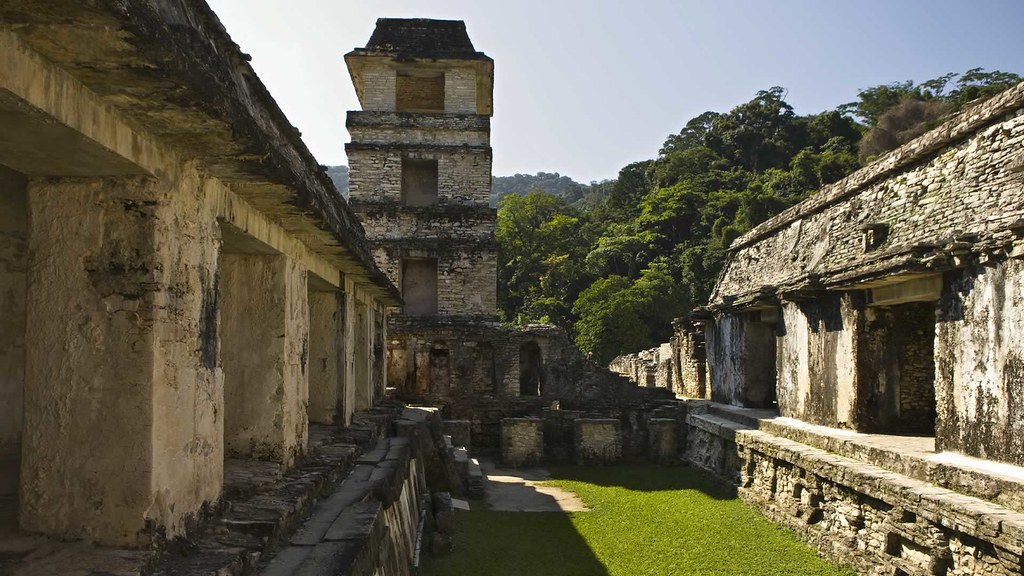 Who even knows where my dad is at this point; Mayan architecture was not all that exciting for him.