I’ll be the first to admit it:  Bogotá was not high on my list of ‘places to visit’, but Colombia’s capital city is a study in contrasts.  On one side there is the ultra-modern skyscrapers and modern architecture.  On the other side, there are wide, colonial, pedestrian-only plazas dripping with sun and shade trees.  Couples cuddle up on benches while kids chase birds on the pavement. If I didn’t know any better, I’d never associate what I’ve experienced in the last few days with the gritty, drug-infested crime haven.  Instead Bogotá is as safe as any other city of nearly 10 million people. It’s leaders are forward-thinking and global adventurers definitely have the city on their radar.

If you only have 2 days in Bogotá, know that it’s not enough, but there are some sights need to experience.

Bogotá has a rich colonial history, but is focusing on the future; it is a fascinating place to be right now. And it’s much bigger than you might think!  The city dwarfs most American and European cities.

Know before you go

Day One in Bogotá

For your first day in Bogotá, I’d recommend sticking to one area in order to make the most of your time here and that area is La Candelaria–a neighborhood that has most of the museums and interesting architecture.  La Canderlaria is what would be considered ‘old town’ in most other cities. Stay in this neighborhood the entire day [some think it’s sketchy at night, but I stayed in this neighborhood and had no problems.  Of course, when I travel solo, I’m almost always in my room by 9p, and this was no expection]

Everyone knows that I am a history nerd and while I did my senior thesis on Mayan Art and Architecture, I studied a lot of Pre-Columbian art and architecture.   So for my fellow history nerds out there, this museum is history come to life.  It has been existence for 80+ years and is one of the better museums not focusing on art.  The museum is probably Colombia’s most visited museum and has more than 55,000 gold artifacts from Pre-Columbian days.  The guides do an excellent job of not only explaining the history and evolution, but where the artifacts were found and what they represent.   Rather than focusing exclusively on gold [which I imagine could get quite boring], it focused on metallurgy as a component of mankind’s evolution.  The detail to which the guides get in can be pretty intense, but even if you are here for the bling, there’s something for everyone.  Oh, and it’s heavily guarded; it’s easily the safest place in Colombia. 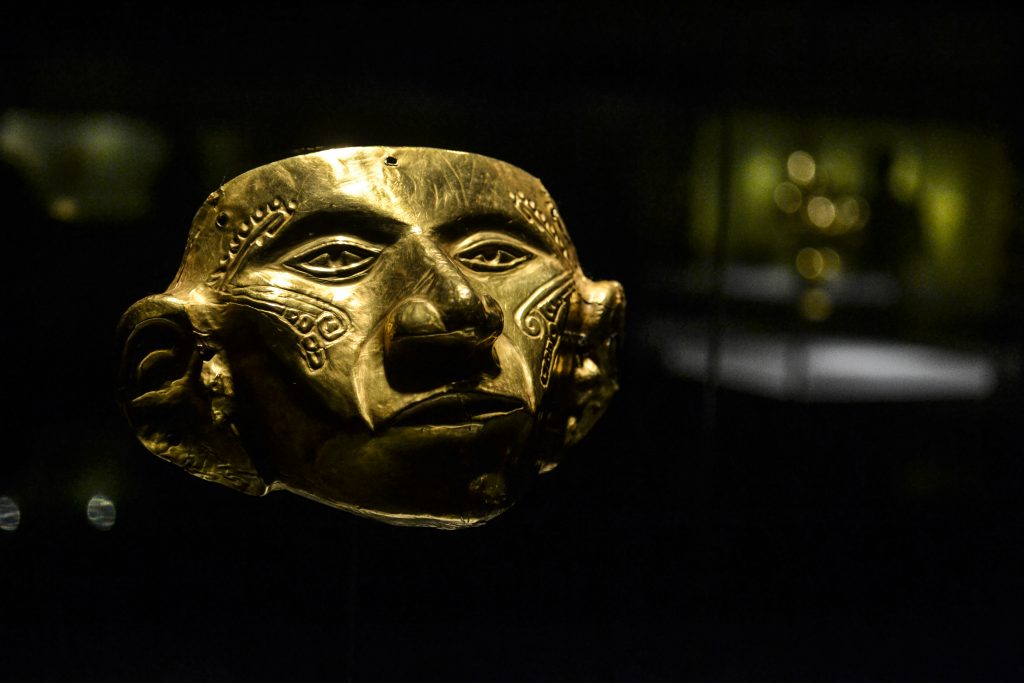 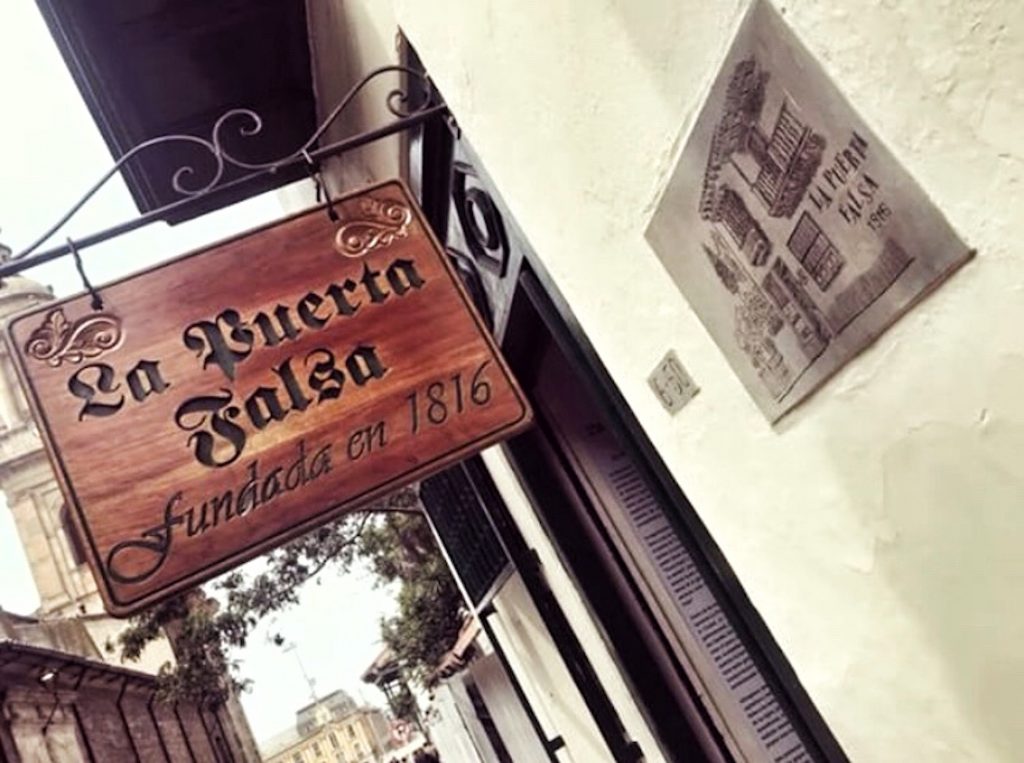 One you’ve worked up an appetite, grab some traditional Colombian fare at La Puerta Falsa. The restaurant was established has in 1816 and is one of the most famous, authentic places to eat in Bogotá. The name of the restaurant translates to ‘the false door’ and it’s so-named because the church across the street once had fake exterior doors built to throw off any potential attacks on the city. The place is tiny and so is the menu, but it’s full of history and traditional charm. There are only two items on the lunch menu: tamales or ajiaco soup. I definitely recommend the ajiaco.

After lunch, head over to the Botero Museum which features the art of Colombia native, Fernando Botero.  Even if you aren’t big on ‘fancy art’, you should still check out the Botero Museum.  Botero’s art consist of paintings and sculpture, but the uniting theme of of all his subject  is their size.  You see, Botero is known for his, ummmm, shall we say, curvy models. 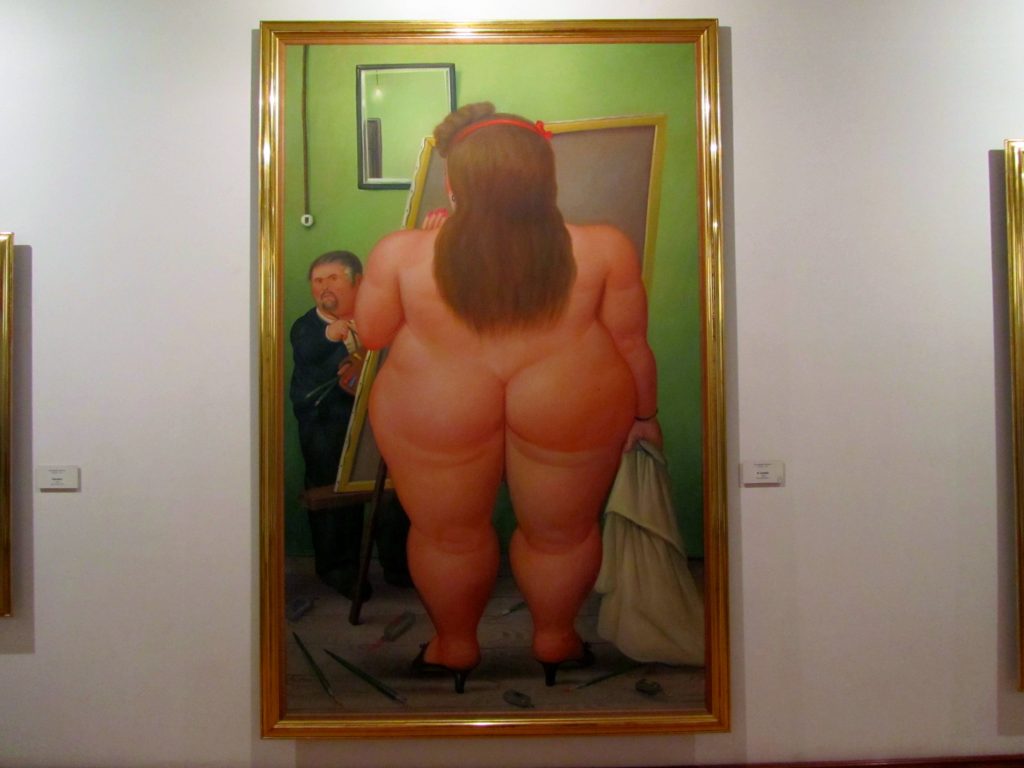 After checking out the museums, it’s time to be outside [if the weather is cooperating].  Like many cities, Bogotá  has free walking tours.[They even have themed tours:  graffiti tours, coffee tours, historic tours, ect...] If you’re short on time or want an easy way to see the key attractions and important sites, a free walking tour is the answer. Sign up with a group, or create your own route and go alone. The main touristy spots are pretty safe during the day.

Going the independent route has some key advantages, mainly being able to stop where you want, when you want.  Should a food vendor entice you, no worries, stop for a little snack. La Candelaria is easily the best neighborhood for exploring, either on your own or with a group. The ‘hood blends Spanish colonial, art deco and Baroque architecture and there’s a vendor on nearly every corner. 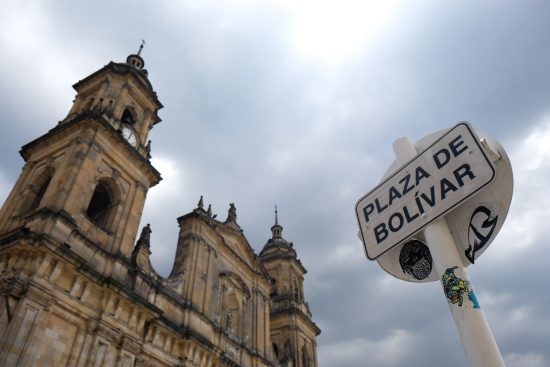 La Plaza de Bolivar is one of Bogotá’s most iconic sites.  It is surrounded by incredible architecture and is a favorite among nearly everyone.  Including the birds.  The 1000’s of birds that descend on the square looking for free handouts.  Feed them or not, but it’s nearly impossible to avoid the birds.

On your second day, be sure to climb to the top of the city and mix with the locals for insight into life in Colombia’s capital!

No matter where you are in the city, you can see the iconic Monserrate Mountain. A Colombian spiritual and cultural symbol, this must-see attraction is something you’ll want to spend the morning taking in. Ride the funicular or the cable car up the mountain for a panoramic view of Bogotá and beyond.

Cerro de Monserrate rises majestically from Bogotá’s downtown area and dominates the city’s landscape at a height of over 3,000 metres. Going to the top for a view over the sprawling urban jungle below is one of the best things to do in Bogotá. Especially if you can do it at sunset. 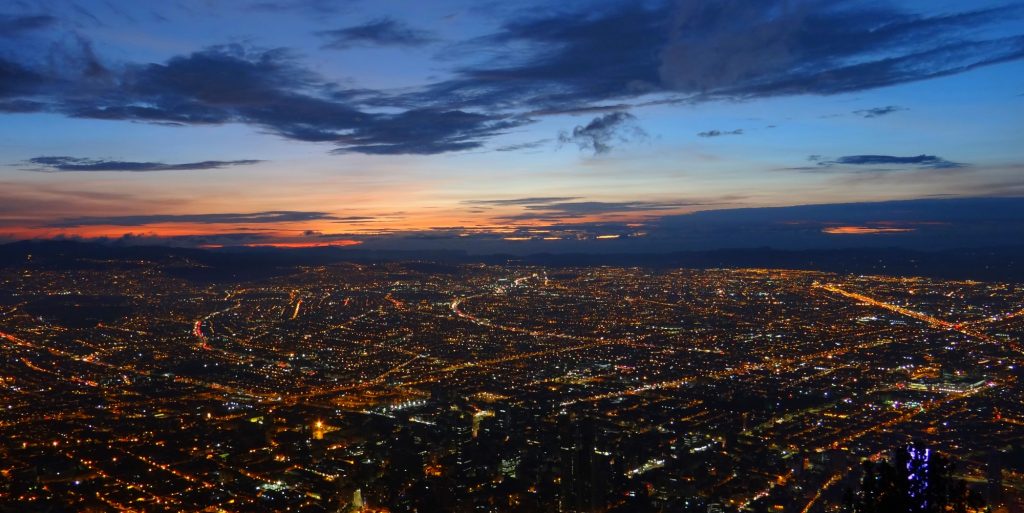 Depending on the time of day, you can either ride the funicular railway to the top or take the ‘teleférico’ (cable car), which is what I did. App

The cable car operates from Monday to Sunday  and costs up to 20,000 COP for a return journey – but it’s cheaper on Sundays. The funicular railway runs from Tuesday to Sunday and costs the same, and is open on holidays, unlike the cable car. Of course, you can also tackle the one-hour hike to the top if you’re feeling energetic, and due to the altitude, you need to be acclimated to the altitude and in better than average hiking shape because not being able to breathe due to exertion is no picnic. 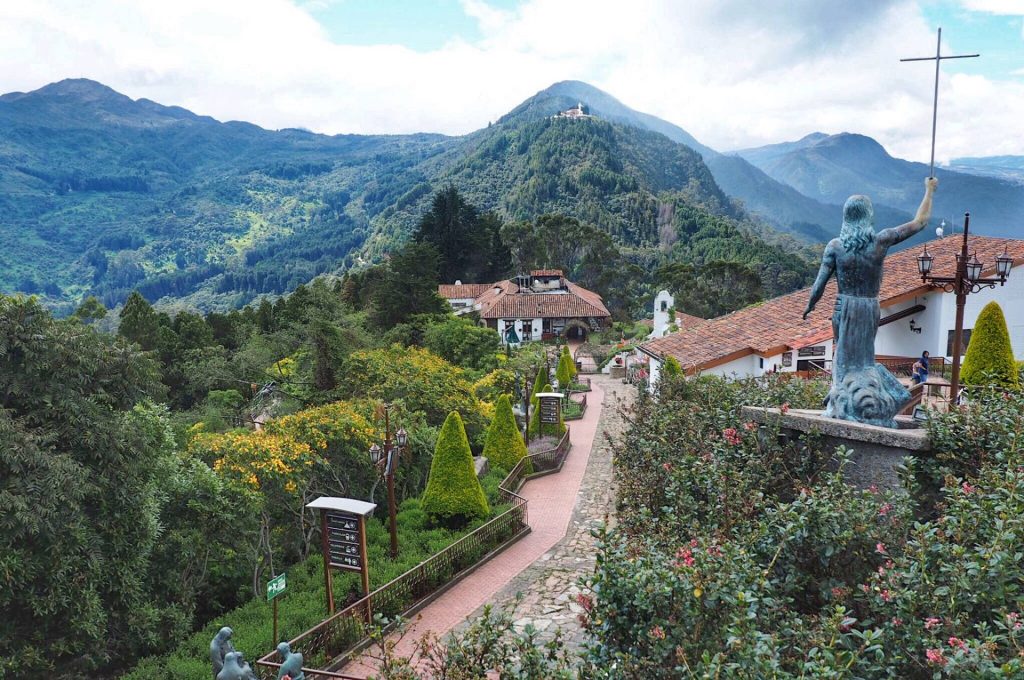