Skip to content (Press Enter)
I am in the medical/legal clearance stage right now so I haven’t told a lot of people that I’ve been accepted to the Peace Corps yet, but the ones who know have questions.
Question 1:  What exactly is the Peace Corps?

The Peace Corps was established in 1961 by John F. Kennedy with three key goals in mind:

“The Peace Corps traces its roots and mission to 1960, when then Senator John F. Kennedy challenged the students at the University of Michigan to serve their country in the cause of peace by living and working in developing countries. From that inspiration grew an agency of the federal government devoted to world peace and friendship.”
The Peace Corps is a government organization in which accepted applicants are invited to serve in a foreign country. Areas of service are requested by the participating countries and include education, youth and community development, health, business information and communication technology, agriculture, and environment. Accepted applicants volunteer to spend 27 months abroad and fully immerse themselves in the language and culture. Volunteers have served in 139 different countries, and work to create positive sustainable change in a global community. Peace Corps celebrated its 50th anniversary in 2011.
Question 2:  Tell me about Madagascar.

Question 3:  What will you be doing?

I will be a Community Health Adviser helping to train health educators in my area. Together, we will work on implementing a communication system to improve health workers’ ability to communicate health information. I will provide education and identify interventions to promote safe pregnancies, better nutrition, prevention of malaria and other illnesses, as well as the importance of water, hygiene, and sanitation. [Or at least that is the plan]

Question 4:  What do you do for training?
I will have about 10 weeks of pre-service training late February-mid May before a swearing-in ceremony. The training has five major components: technical, cross-cultural, language, health, and safety. I will also have a one week site visit to give me an general overview of what my site will be like.

Question 5:  Do you know where you’ll be living in the country?
No, but I will find out several weeks into training based off questionnaires, preferences, and where my skills will be best utilized. I don’t get to choose where I live.

Question 6:  What will your living situation be like?
I will most likely be living in a rural village without consistent electricity or running water. My housing will be similar to my community. I might have a room on the health center grounds or a small house with one or two rooms. My house might be a mud hut with a thatched roof or a modern cement house.

Question 7:  Will you have electricity or running water?
It depends where in the country I am. The cities have electricity available, and the rural towns not so much. If electricity is available it will be probably be inconsistent. In addition, Internet access will most likely be limited.

Question 8:  Will you have a cell phone?
Most volunteers buy their own cell phone but the service is spotty. I will bring my current mobile, buy a SIM card, and a internet stick. That way, I’ll be able to use my phone to text and call and use the internet.

Question 9: What will you eat? 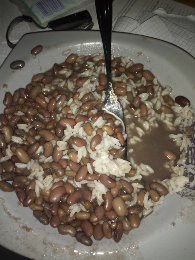 Rice is the top food in all of Madagascar [Rice is not something I love or even like].  Rice is eaten with vegetables, beans, or meat. There are many fruits and vegetables that grow in Madagascar and are sold fresh and in their correct season.

Question 10: Do you have vacation?

Volunteers get two vacation days per month that can accrue totaling over 50 days for two years. I cannot take vacation within my first 6 months or my last three months.

Question 12:  Can you receive mail?

Yes, yes, yes! I want to keep in touch with family and friends while I’m gone, and a big thank you in advance to anyone who wants to send mail my way!  See my contact page on where to send stuff, what to send, and how to send it. Also my birthday is February 24, and cards and presents are always appreciated.

Yes, but not much.  Considering that most Madagascar natives make less than $2/day, I get paid well, but by American standards, I make more in one 12 hour shift as a RN than I do in one month working in Madagascar.  However, my housing and insurance are covered by the Peace Corps so essentially I just have to pay for food, transportation, and internet. Also there’s no Amazon in Madagascar so that addiction has been curtailed.

I also get an allowance at staging and a settling in allowance once in Madagascar. That allowance is based on whether the site has had a volunteer before, whether or not I need to buy furniture, and how far away I am from the capital.

At the completion of service, I will get a settlement allowance of roughly $9000 + a flight home [or its equivalent in cash]. There are also government benefits such as one year NCE status and opportunities for graduate school scholarships.