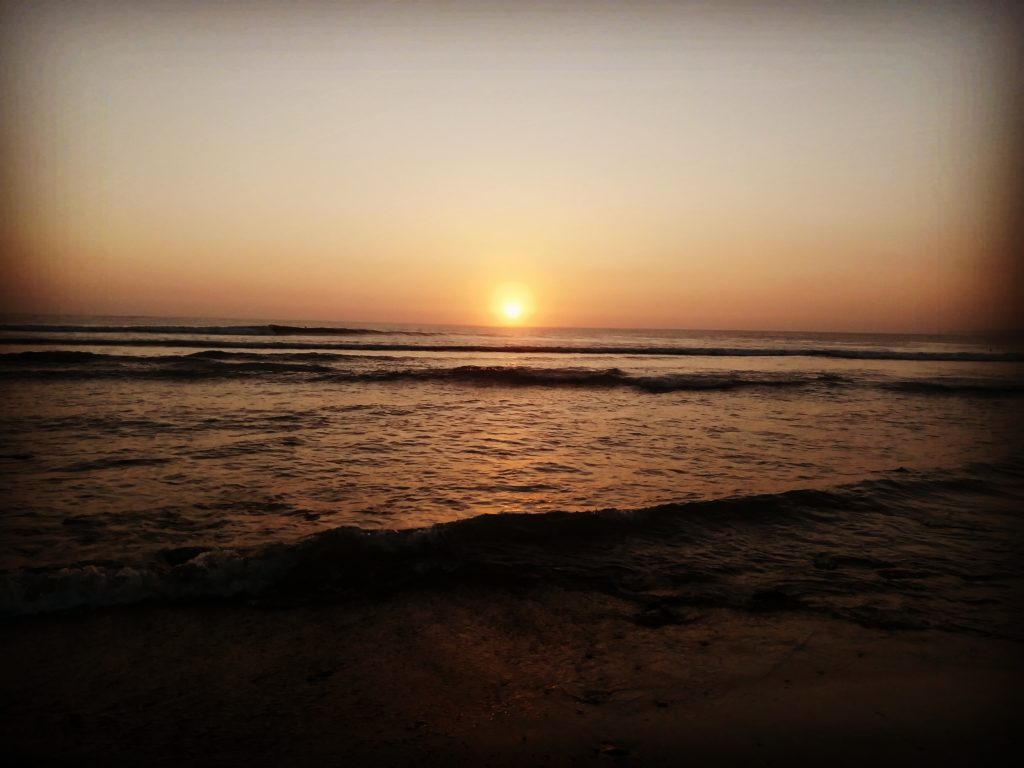 It was just another Saturday afternoon where I was procrastinating writing a paper on some topic in health policy by watching my beloved Volunteers stomp the Gators and surfing the net when I clicked on over to the Peace Corps website.  I thought why the hell not?

I can already hear what you are saying…

“The Peace Corps? Really,  but aren’t you’re already a nurse.”

I was all set to go to medical school. I studied hard, kicked the MCAT’s ass, and been accepted to the medical school only 35 minutes from where I was living. I was as ready as one can be to start such a grueling undertaking as medical school, and then, well, life, as it has a tendency to do, got in the way.

Without going into too much detail, I withdrew my spot in the class of 2018, and looked for other options to pursue my goal of providing medical care to those who need it most.  I enrolled in the local nursing school and graduated in the fall of 2015.  I passed NCLEX, started to work on my BSN, and promptly got a job at a local hospital.

To say I was stuck in a rut is an understatement. I started feeling lost and wasn’t sure what my next move would be; did I want to move? [Not really] Start a new job? [Probably, but I was more than burnt out after working in hospitals for the last 10 years, and could not fathom what I’d want to do] Run off and travel for a year? [No, I’d already done that when I spent 16 months traveling in South America] I knew there was something else for me but I had no idea what it was.

I’m not sure exactly how the Peace Corps came up, but once it did, it turned into a nagging thought in the back of my head.  Of course, I’d heard of the Peace Corps. I’ve even done international volunteer work before. I even casually mentioned it to a few friends in the way of “So if I joined the Peace Corps, would you come visit me?”

More time passed until that September Saturday where I was looking for motivation to write a paper for school, and upon finding none I started looking into the revamped application process, open programs, and countries they were currently sending volunteers to. Health was an obvious choice, but I also opened up my application to agriculture and environment, and community development.  What I know about community development can fit into a thimble, but I’d feel as if I were cheating if all I do is end up teaching English.

So I applied. When it came time to pick countries, I wish there had been an option to exclude certain places.  I’m fairly open to most countries and would really like an adventure, but I know without a doubt, that the South Pacific Islands are not for me.  Equally, I’d prefer to not go to Western Africa.  So I choose Kyrgyz Republic [I’d really love to learn Russian and travel the area of the Silk Road], Mozambique [south-east Africa on the Indian Ocean has a certain appeal also near a few countries I’d like to visit], or Guyana [a South America country on the Caribbean that I’ve only passed through]

I’ve lived in a thatched hut in the middle of the Amazon with a compost toilet before. I’ve had my own apartment in Peru and Mexico where electricity was sporadic. I camp and hike a bit so indoor plumbing, running water, and electricity while certainly nice are all things I know I could do without.  A least for a predetermined time.

So it is now or never.  I’ve only told one person that I’ve submitted the application.  I have an interview Friday. We shall see how it goes. Stay tuned on how this new adventure shakes out.

On January 4, I had an interview for Peace Corps| Lesotho. I was less than enthusiastic about this interview for several reasons:  1. I do not want to go to Lesotho for several reasons. 2. The program was youth development. That was not one of my choices I put down as an interest and when I asked about that I was told the health and youth programs were combined. I was less than thrilled. 3. One of my reference writers didn’t get the reference in until 3 days before the deadline 4. I had just worked 16 hours the night before; my interview was at 8:30am, and I was most likely barely coherent.  It was a bad interview that ended after 50 minutes (I think most of them last 90 minutes) and it was to no one’s (meaning me) surprise, when on March 1, I got the email that said I had not be selected for Lesotho.

And I was relieved.

But not deterred. I submitted my application yet again mentioning health as my only choice and choosing Madagascar, Guyana, and  Ethiopia as choices and lo and behold, two days after submission, I was ‘under consideration’ for PC | Madagascar.   And I’m excited.  Of course,  it will be an eternity until I find out anything; the program stops accepting applications in July. I’m already doing things differently; I’m learning French. I’m learning more about Madagascar. And I’m excited. Let’s only hope that I am offered the chance to interview for this program.