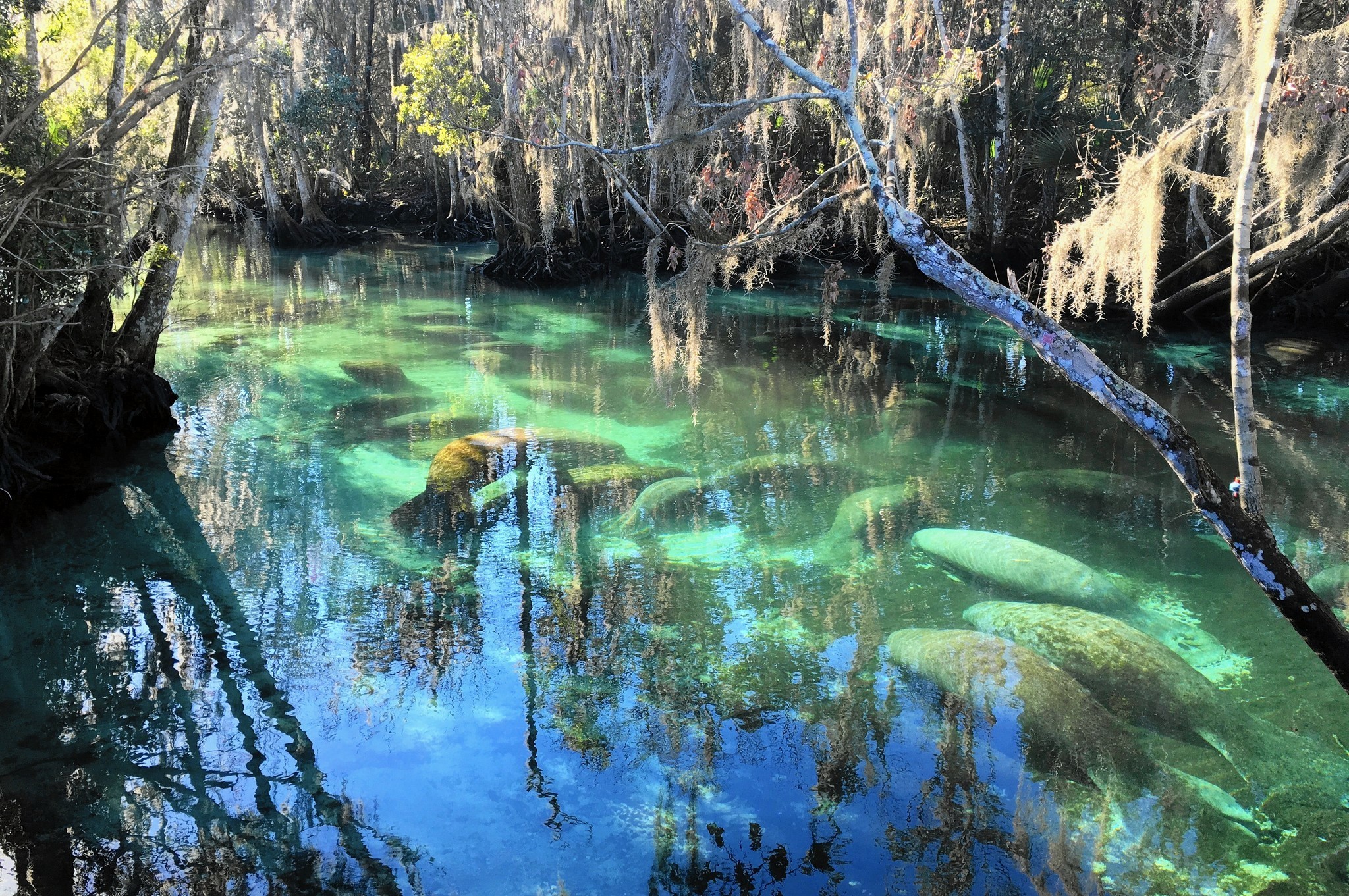 In fourth grade, I discovered coelacanths.  At the time, coelacanths were thought to be extinct, and I became fascinated with extinct and endangered species… especially water animals.  I had just given up my astronaut dreams for marine biologist dreams–trading the wild blue yonder for the deep blue. Manatees were endangered; coelacanths were extinct [since my time in 4th grade, coelacanths have been rediscovered in the Indian Ocean].  I made it my 4th grade passion to learn everything possible about these two animals, and since this is about manatees, not coelacanths, here are my 4th grade reasons for falling in love with these critters. 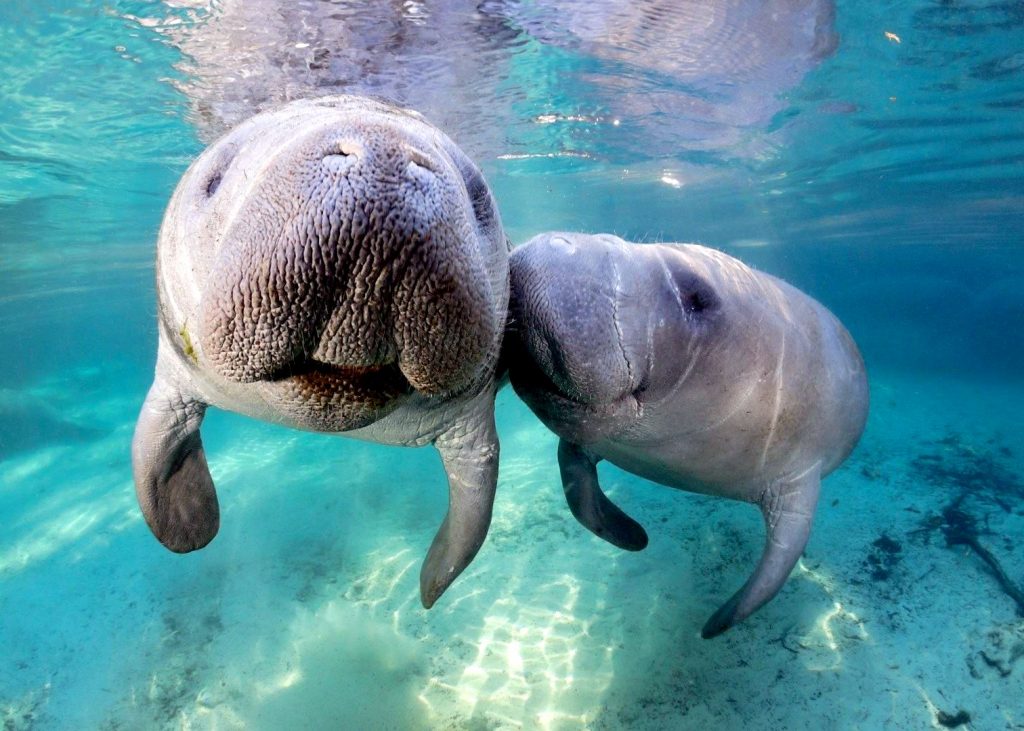 See. All perfectly good reasons to love these gentle giants.  But gentle giant babies.  I can’t even.  Like most babies and toddlers [or kittens, puppies or whatever] baby manatees are very curious.  I say baby, but it certainly isn’t like a kitten. This little guy make 300 pounds look awful adorable. The little guy would come right up to me and nibble at the wet suit.  It’s quite an odd feeling to have this 300 pound baby nibbling and mouthing at you like it’s going to eat you alive.  But these creatures are vegetarians so my meat carcass was totally safe.  The little guy either a) thought I was it’s mommy and could produce food or b) like the feel and textures of the wet suit material.  And just like a baby kitten, the little guy often like to nibble on my toes as well.  Here’s the thing about my feet:  they are so super sensitive and ticklish that the lightest touch makes me move them about.  Cats love to attack my toes in the middle of the night but given the choice, I’d take the 300 manatee-baby nibbling on my toes with it plant-eating gums than my little 6 pound house panther on nightly patrol for anything that moves.  I got lucky and spent nearly 20 minutes playing with the little guy.  And we [the baby and I] were away from the crowd so it was just the two of us.  Hanging out like old friends…

While manatees prefer a comfortable 72 degree water temperature, this water baby likes it about 10 degrees warmer and despite the 5mm neoprene suit on my body, after an hour or so, I was a frozen Popsicle.  So back on board it was for me.  And hot chocolate and dry clothes were waiting for me.  Once the wet suit was off, and I was back in normal clothes the 75 degree air temperature felt just fine. 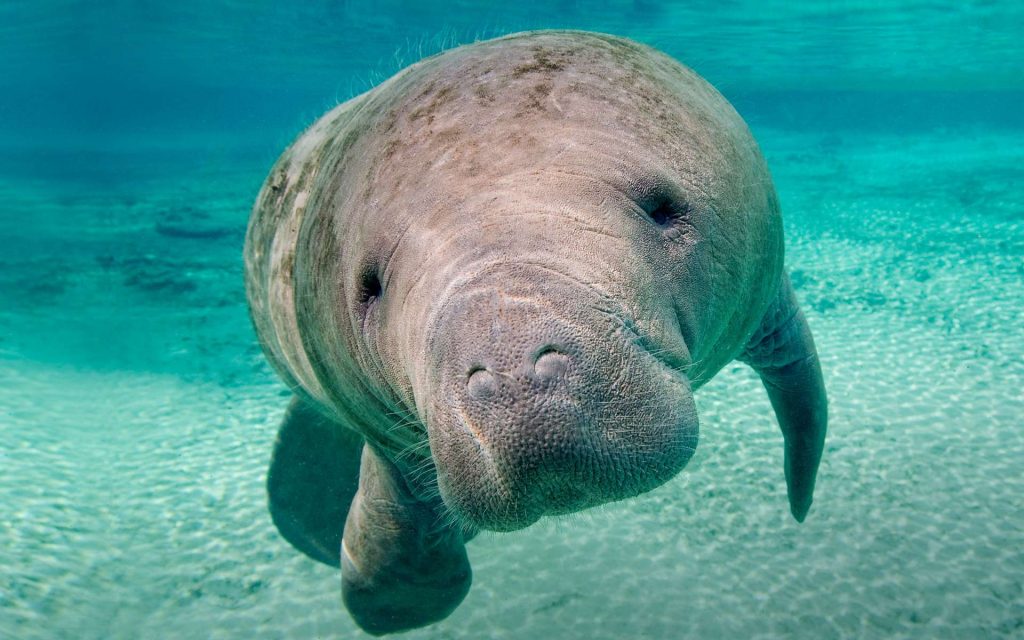