What I am about to say might be considered blasphemy to some…  I didn’t travel the yellow brick road to see the land of Oz and meet the Wizard until very recently… as in I read the books Wicked and Son of a Witch before I ever knew of Dorothy and crew. 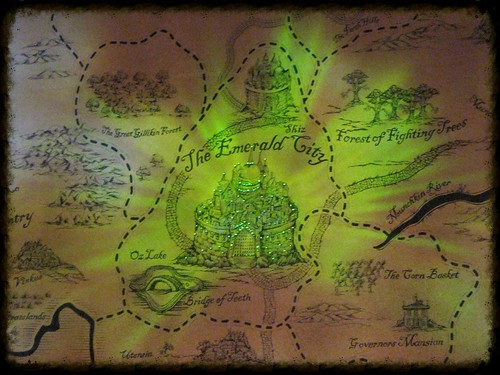 I KNOW… what can I say?  I missed out on a lot as a child by not having a TV or living in a town without a movie theatre. 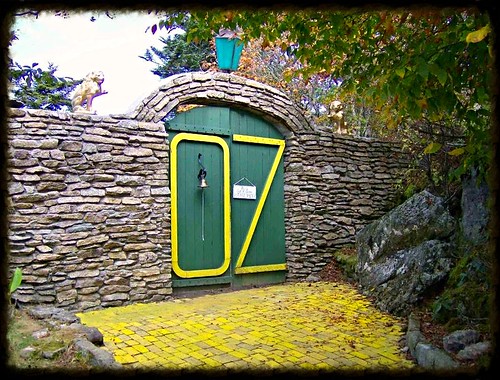 So not being a huge fan and being an infant when it closed, I hope I can be forgiven for never having heard of Autumn at OZ. In its heyday the Land of Oz could attract 20,000 visitors a day, but now the neglected Yellow Brick Road is missing some bricks, the Wicked Witch of the West’s castle is empty and the Emerald City has all but disappeared. 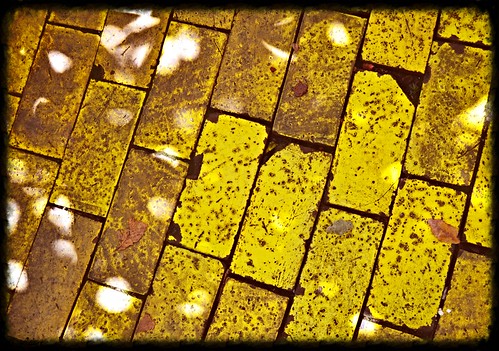 Local actors dress up as characters from the book/movie. Kids [and some very strange adults] dress up in costumes. Parents take pictures of kids with Dorothy and crew as if they were Santa Claus. 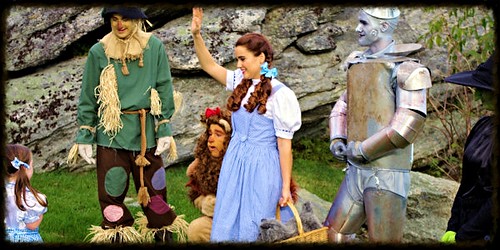 What it is:   From 1970-1980, there was a Wizard of Oz theme park not too far from where I live now. It’s located in Beech Mountain, NC and is open to the public for one weekend only… usually the first weekend in October, although that varies as they are having a few more events for the general public. [This year is was open on Oct 3 & 4].  I say open to the public because it’s current owner is Emerald Mountain Properties and they rent out the cabins, property, ect to people who want to have private parties at the land of OZ.

If you want to go: Ticket usually go on sale in the beginning of August, and sell out quickly. This year they sold out in just TWO short Weeks. I’m not saying go or not go, but if you do, be aware that this isn’t a theme park by 2015 standards, or even 1975 standards; it’s a quirky, weird little park best suited to real, devoted Wizard of Oz fans.