For 2016, I have the goal I started last summer of hiking all 47 State Parks + the 7 National Historical Areas in South Carolina.  King’s Mountain is  a time-saver as it checks off both a state park AND a National Historic Battlefield.

My hiking partner and I were walking the trails when I heard a shot. I said that sounds like gun-fire. It’s August, not hunting season, and besides, we were in a state park, so what could it be? A mile or so later, we entered the time portal that whisked us back in time to a backcountry skirmish that was one of the turning points of the Southern campaign of the Revolutionary War. Chalk one up for the South Carolina militia. 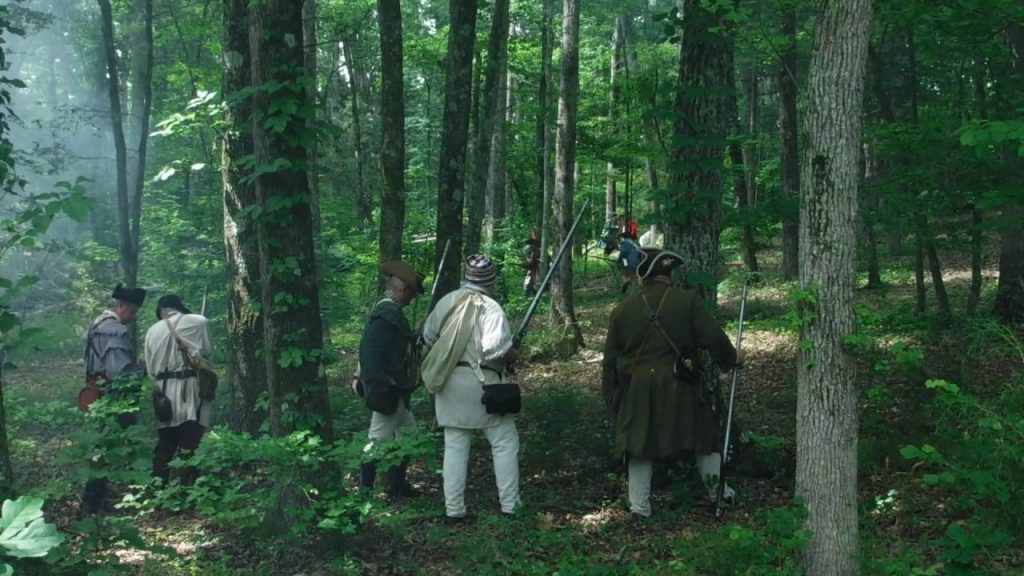 The battle of King’s Mountain took place on October 7, 1780. It was one of the few battles to take place in North/South Carolina away from the coast.  900 American  militia and back countrymen vs 1100+ British soldiers.  One would think the British would have the advantage, being trained soldiers and outnumbering the American militia, but never underestimate the home field advantage and the general sneakiness of militia fighters.  At least not this time.

Shadowed by the threat of the Over Mountain Men [as they were creatively called because they came from over the mountain], Ferguson chose to dig in and fortify a small sixty-foot hill two miles inside the South Carolina border. An American scouting party learned of Ferguson’s position, giving the Patriot commanders the intelligence they needed to plan an attack.

Early in the afternoon of October 7, the Americans crept quietly towards Ferguson’s position. After the first shot rang out, the Patriots attacked the Loyalists from all sides.

Ferguson deployed his Loyalist militia on the hilltop’s center. Remaining mounted  [not the best idea he ever had], the British commander personally led a counterattack to the southwest. Initially, the Loyalists, after firing a volley and fixing their bayonets, blunted the Over Mountain Men’s advance. On the hill’s other side, however, the Patriot attack continued unabated, using undergrowth and trees for cover. Ferguson and his men were surrounded.

With his defensive perimeter shrinking, Ferguson tried to lead his men in a breakout. Mounted on his horse, he provided a perfect target for an expert marksmen in the Patriot ranks. It’s owners lifeless body hanging from the saddle, Ferguson’s horse fled down the hill. 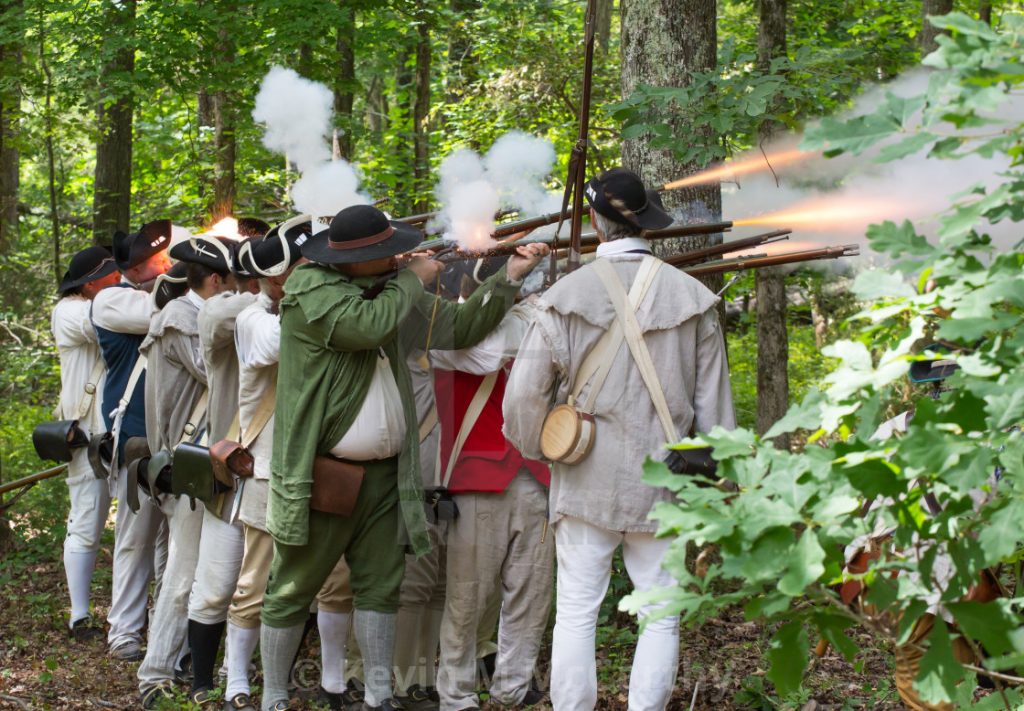 Shortly after Ferguson’s death the Loyalists surrendered.  The body count is as follows: 90 Americans killed or wounded [28 killed; 62 wounded] and 1120 British killed, wounded or captured [290 killed, 163 wounded, and 667 captured or otherwise missing]

Oliver is an attention hog— hangs with Pete, the

Petey knows how to stop and smell the flowers #res

Can I just cover my nose and mouth to protect from

Pete is a master ‘social distancer’

#Petethecat is living his best life out on the pra

#triplanes are cool looking but there’s a reason

Finding lighthouses wherever I go #assateaguelight

Get it together peeps. #WashingtonDC #americangove

When near(ish) the ocean, one must eat seafood. Lo