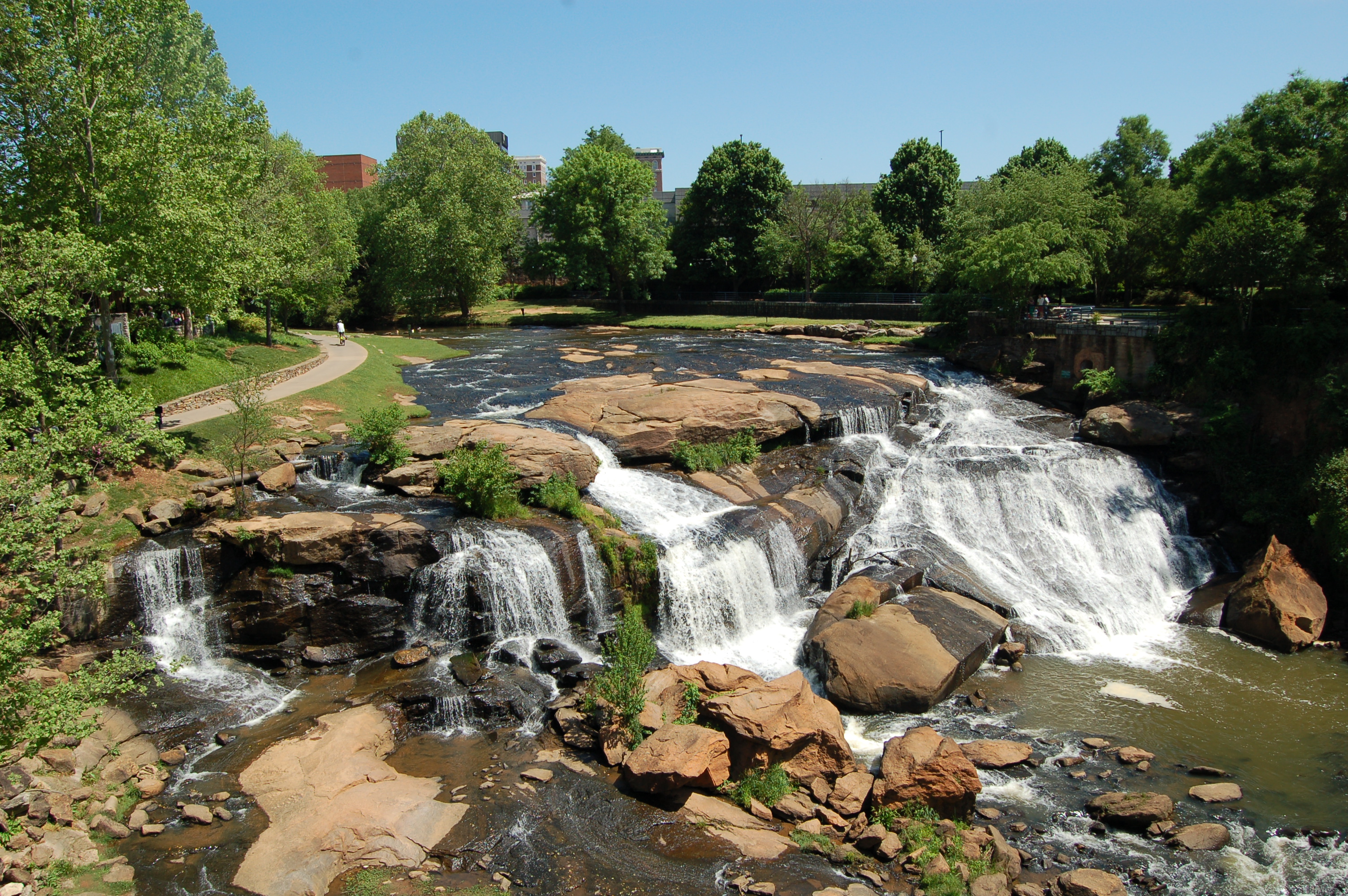 Welcome basketball fans! We are glad you are here. 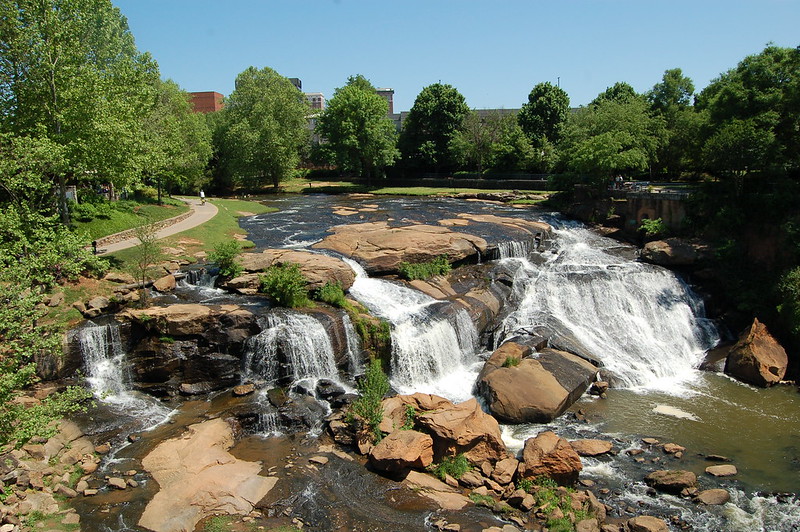 Creepy clowns and high schools not allowing in the American Flag notwithstanding, Greenville and South Carolina in general are pretty cool tourist destinations.

This year we were lucky enough to score both the SEC Women’s Basketball tournament (last weekend) and the First Round of the NCAA Men’s Basketball tournament so for a sports junkie like me, I’m in heaven, and contrary to popular belief, one cannot spend four whole days in a gym. [Trust me, I’ve tried]. So what can you do if you need a little escape from THE WELL?  Here are a few ideas [a bring a jacket… Mother Nature is being a bitch right now. We’ve had maybe 10 days of weather below freezing since January including the last four days]

The first thing you should know is when tweeting, instagramming, or otherwise talking about Greenville, use #yeahTHATgreenville.  It was something dreamed up by the tourist board to distinguish our Greenville from the 30 or so other Greenvilles in the United States. The Bon Secours Wellness Arena aka THE WELL is where the games will be played.  From it’s construction until a couple of years ago, it was known as the Bi-Lo Center so if you hear someone talking about the Bi-Lo center, just know that they have lived her a while, and are slow to change; it’s the WELL.

Places to escape the arena [but still really close by]

If you want to take a scenic stroll, walking through downtown is pretty scenic, but so is an urban hike on the Swamp Rabbit Trail. They are doing some construction on the trail so stick to the falls park area. Under normal conditions you could go from Travelers Rest to Greenville Technical College on the trail [about 30 miles] but with the construction, parts of the trail is closed, and the detours take you through not the scenic parts of downtown.

Trip Advisor recently named the world’s top landmarks and parks and Greenville’s Falls Park came in at #10 in the US for parks.  Rather impressive for a small park and is in the same category as Central Park in NYC, Golden Gate Park in San Francisco, and Millennium Park in Chicago.

If you are one of those people like me who seek out cemeteries wheverver you go, Greenville has you covered. Both Springwood Cemetery and Christ Church’s Cemetery are within walking distance of the WELL. Springwood Cemetery first opened to the public in 1829.  More than 10,000 being call it their final resting place.  In addition to many of Greenville’s founders, there is a section for Confederate Veterans, Unknown Soldiers, and a pre-1865 African American section.

Christ Church is the final resting place to Greenville’s founder, several former mayors, senators, and priests.  Christ Church was founded in 1820 by a group of Charleston Episcopalians who ‘summered in the upcountry’.  It became a full parish in 1826 and the cemetery was laid out not long after that.

Fluor Field at the West End

Greenville’s baseball-only stadium is located in the heart of the revitalized west end.  It seats 5700 and is almost a exact replica of Boston’s Fenway Park [dimensions wise].  The Greenville Drive are a Class A affiliate of Boston Red Sox.  The stadium opened in 2006 and is an awesome place to catch a minor league game.

If you have kids, or are curious about the bronze mice you might see, here’s their story:  They mice were created in 2000 by a local high school student for his senior project. The book,loosely based on Goodnight Moon, was written in 2007. Today there are 12 of them hanging out in various locations on Main Street. There’s a book, a game, and even T-shirts with the cute little mice on them. This webiste tells the history of the mice, provides clues on finding them, and even has a link to their Facebook page.

Are you a coffee fan? Greenville has you covered.

Coffee Underground is coffee-house cool with fresh roasted coffee, amazing desserts, couches, and a theatre. It was one of the first business to open in the newly revitalized downtown [1995 y’all; I remember having had dessert here way back when] and truthfully, Greenville was still a little bit scary then.  But without a doubt it’s the one place I always recommend to visitors.  And the desserts are amazing. 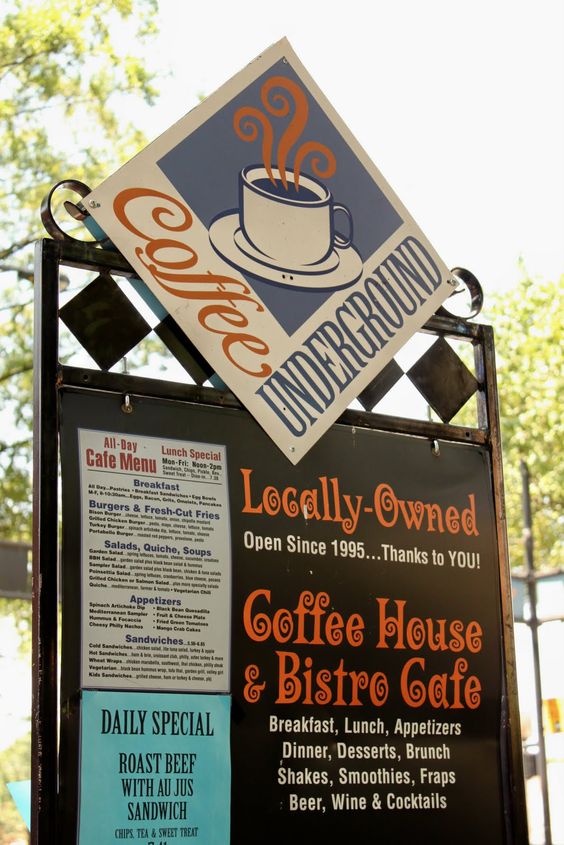 Spill the Beans is probably my favorite. It’s a coffee-shop/ice cream parlor in a cool, old brick building located right at Falls Park, and while coffee has never been my drink of choice, their coffee ice cream is to die for. Coffee ice cream is nectar of the Gods for me and it’s never too cold for ice cream.

Interested in what others have to say about Greenville?  Check out these links below

and my favorite article of all [not that I’m biased or anything] comes from Budget Travel  where Travelers Rest, South Carolina was a finalist for the 2013 & 2014 & 2015 & 2016 title of America’s Coolest Small Town.  It hasn’t won yet, but I feel it will soon.

Enjoy your visit to our fair little city, and come back when you can stay a little while longer.