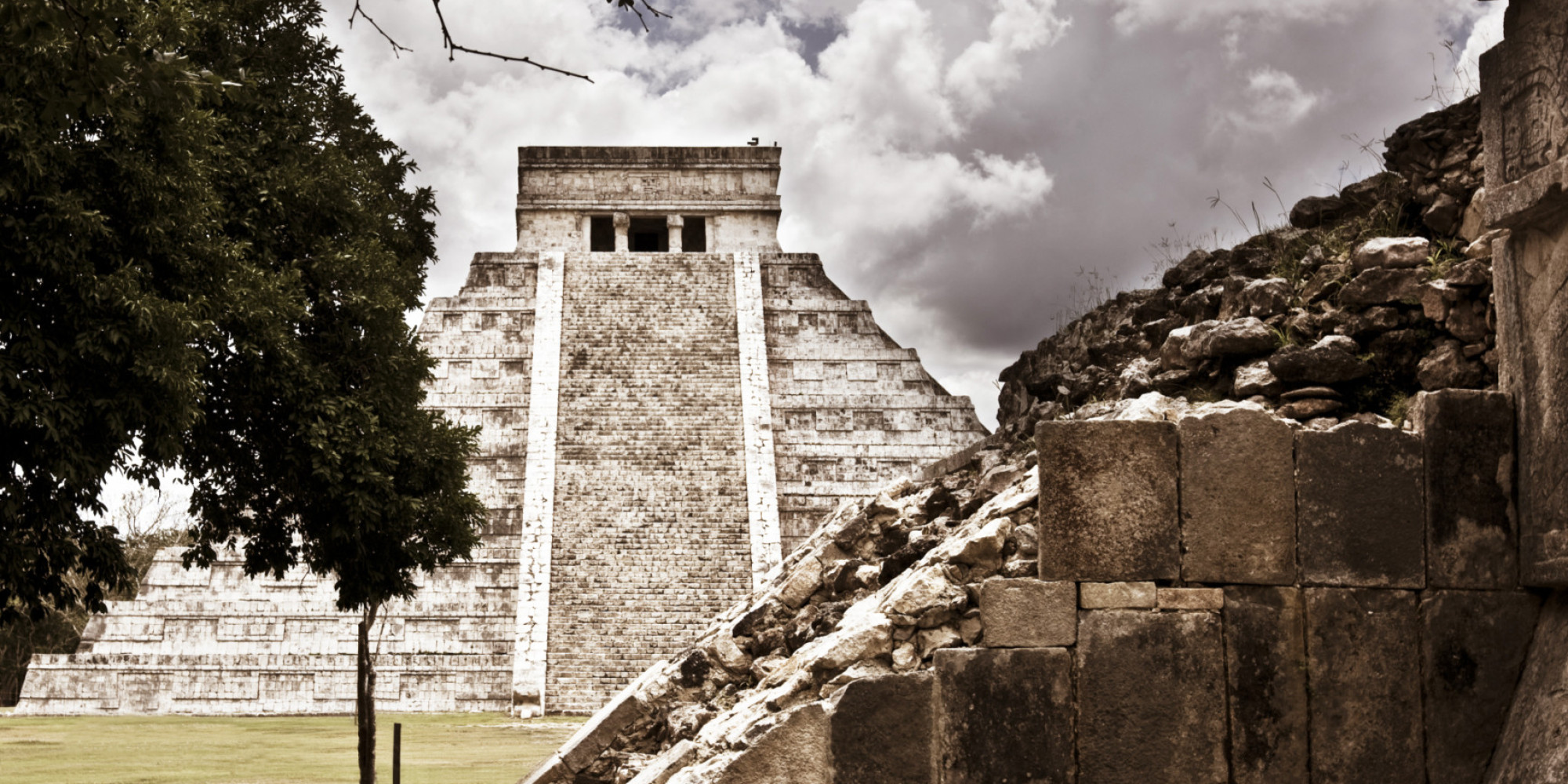 I have always kept a record of my travels.  It used to be with a pen and paper and 35 mm film.  Now it’s all digital. Occasionally I reflect back on some of my past travels and travel mishaps before I started this blog.

Chichen Itza is located in the Yucatan region of Mexico not too far from the Gulf.  It was a major economic and political power from 600 to 1000 A.D. Chichen  Itza is a mix of many of Maya and (Central Mexican) Toltec styles; who influenced whom? so much of pre-Columbian history is still being debated.  But I’ll do my best to summarize.

The Castillo (or castle in English) is the monument that most people think of when they think of Chichén Itzá. It is mostly Toltec construction, and it probably dates to the period of the first combination of cultures in the 9th century AD at Chichén. El Castillo is centrally located on the south edge of the Great Plaza. The pyramid is 30 meters high and 55 meters on a side, and it was built with nine succeeding platforms with four staircases. The staircases have balustrades with carved feathered serpents, the open-jawed head at the foot and the rattle held high at the top. The last remodel of this monument included one of the fanciest jaguar thrones known from such sites, with red paint and jade insets for eyes and spots on the coat, and flaked chert fangs. The principal stairway and entrance is on the north side, and the central sanctuary is surrounded by a gallery with the main portico.

Kukulkan, or feathered serpent, is the name of a Maya snake deity that also serves to designate historical persons. The cult of Kukulkan/Quetzalcoatl was the first Mesoamerican religion to transcend the old Classic Period linguistic and ethnic divisions and facilitated communication and peaceful trade among peoples of many different social and ethnic backgrounds. Although the cult was originally centered in the ancient city of Chichén Itzá, it spread as far as the Guatemalan highlands so you’ll see this guy as far south as Tikal.

The Mayans loved sport and were quite serious about the games played. They built huge ball courts to contest these matches. It’s often said that the captain of the losing team would offer his head as payment for losing while the captain of the winning team would be allowed to ascend directly into heaven. The Great Ball court of Chichen Itza is 225 feet wide and 545 feet long overall. It has no top, no discontinuity between the walls and is totally open to the blue sky. Each end has a raised to the temple area.
One of the mysteries of Chichen Itza, is the acoustic dynamics of the great ball court. A whisper from end can be heard clearly enough at the other end 500 feet far away and through the length and breath of the court. The sound waves are unaffected by wind direction or time of day and also night. To this day, no one has been able to figure why or how the Mayans achieved this feat.

The goal was to get a ball through this ring. The rings are about 25 feet off of the ground.

The particular sport is not like any one sport being contested today. It has elements of soccer, but the ball used is much more like a weighted basketball. Of the hundreds of images of the game, very few show that the ball was touched with the hands, so archaeologists have deduced that the ball could not be caught. The ball itself was a little larger than a basketball and was made of solid rubber, so it was quite heavy. Players wore protective padding around their hips and were richly dressed and decorated during play.  Personally I think JK Rowling saw images of the ball court and had this in mind when she developed Quidditch.

Information about the solar, Toltec, and Maya calendars is carefully built into el Castillo. Each stairway has exactly 91 steps, times four is 364 plus the top platform equals 365, the days in the solar calendar. The pyramid has 52 panels in the nine terraces; 52 is the number of years in the Toltec cycle. Each of the nine terraced steps are divided in two: 18 for the months in the yearly Maya calendar. Most impressively, though, is not the numbers game, but the fact that on the autumnal and vernal equinoxes, the sun shining on the platform edges forms shadows on the balustrades of the north face that look like a writhing rattle snake.

But Chichen Itza is more, a whole lot more.  Some plazas have thousands of columns. Some have observatories. There are several temples at each site, each serving a different purpose.