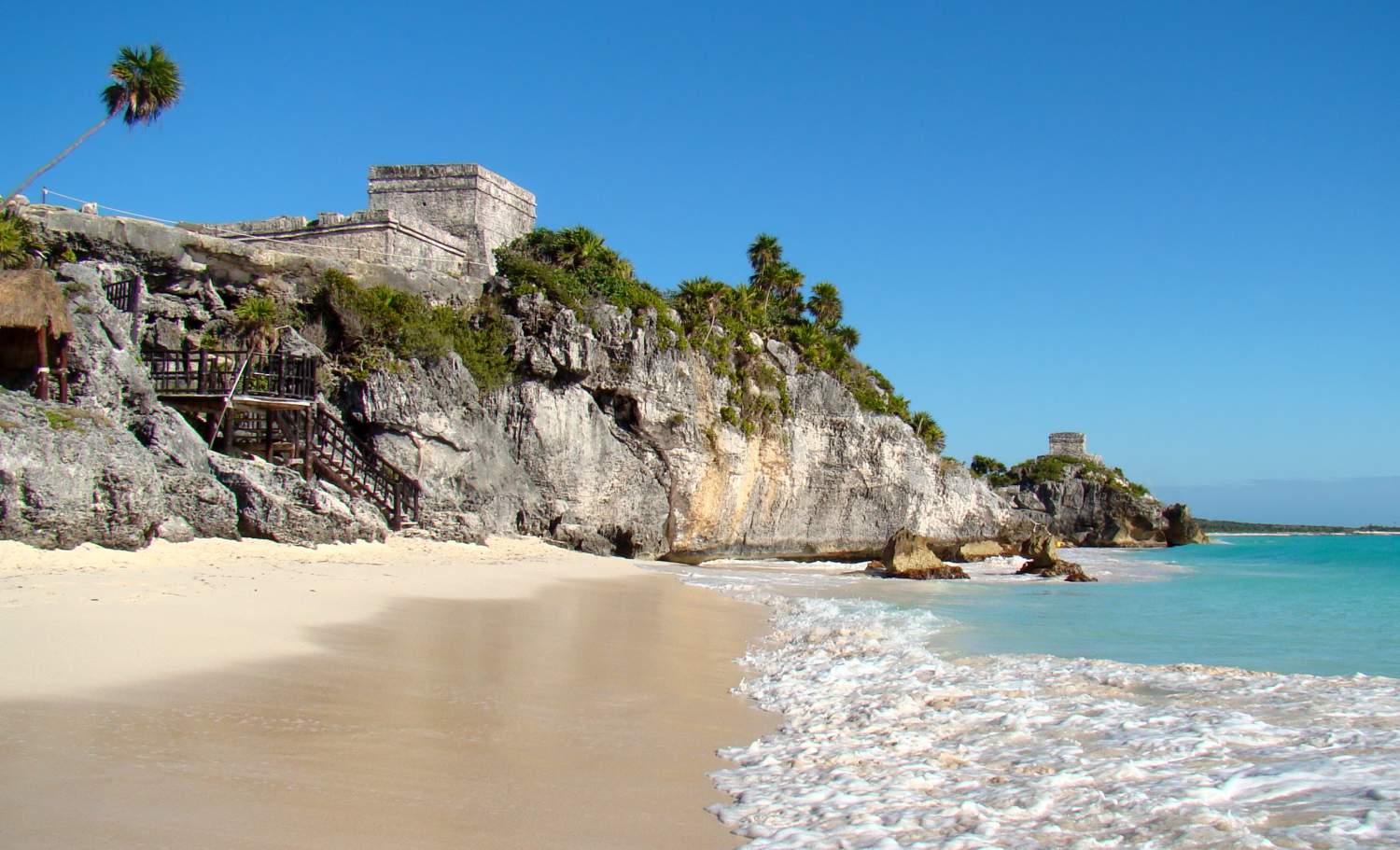 Archaeology has always fascinated me. Stories of mysterious ancient  civilizations and their fascinating architecture has always made me want to grab  my pick and machete and go exploring.  What could be more thrilling to this Archaeologist Wannabe, a lover of art history, than an ancient city  nestled in the Mayan jungle on top of a limestone cliff, with a magnificent view  of the blues and greens of the Caribbean.

Ah, Tulúm!  “Walled City” in Mayan, it was built on a natural platform of  cliffs that rise 40 feet above the Caribbean, with the north, south and west  sides of the city protected by stone walls five meters high and three meters  thick.  It was originally called “Zama”, or “City/Place of Dawn”, and once  you see the breathtaking east view of the Caribbean from there, you can  certainly imagine how fitting that must be. The Spaniards, on their first trip  along the shores here, wrote about this city with the highest tower they had yet  seen, describing it as a colorful city compared to Seville, with many Indians calling to them.  In some buildings, you can still see traces of  paint.  I can only imagine what it must have been like for the Spaniards!

Amongst bits of relentless jungle, there are about sixty structures within  the ancient city walls; the oldest dating to 433 BC, the youngest, 1200 AD, and I wander and wonder amongst them for a bit.  Tulum is such a magical place–especially if one is lucky enough to stay in the cabanas just south of the ruins. Walking along the beach you can approach Tulum just as the Spaniards did–you can also get there a few hours before the masses from Cancun descend on the site.  There in its unpopulated glory, Tulum shines.

The actual ruins are small compared to some of the other Mayan sites, but the beach and the scenery make up for the lack of things to do and I could easily spend weeks living in my thatched-roof cabana escaping from life and existing without a care in the world.