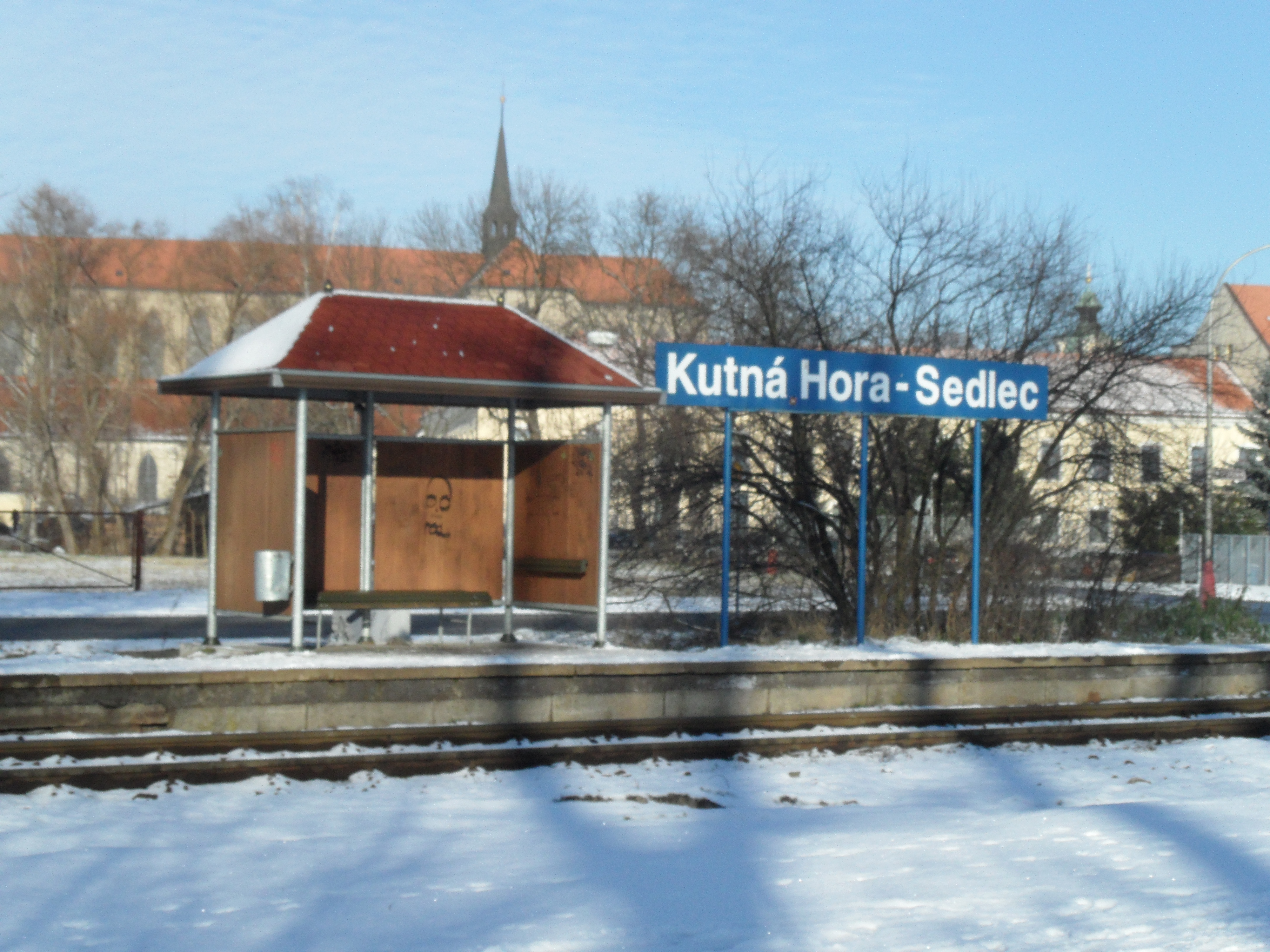 Ah yes, the church of bones.  I’d heard about it before and even visited other crypts and ossuaries, but I knew that I’d have to visit Kunta Hora if given half a chance. 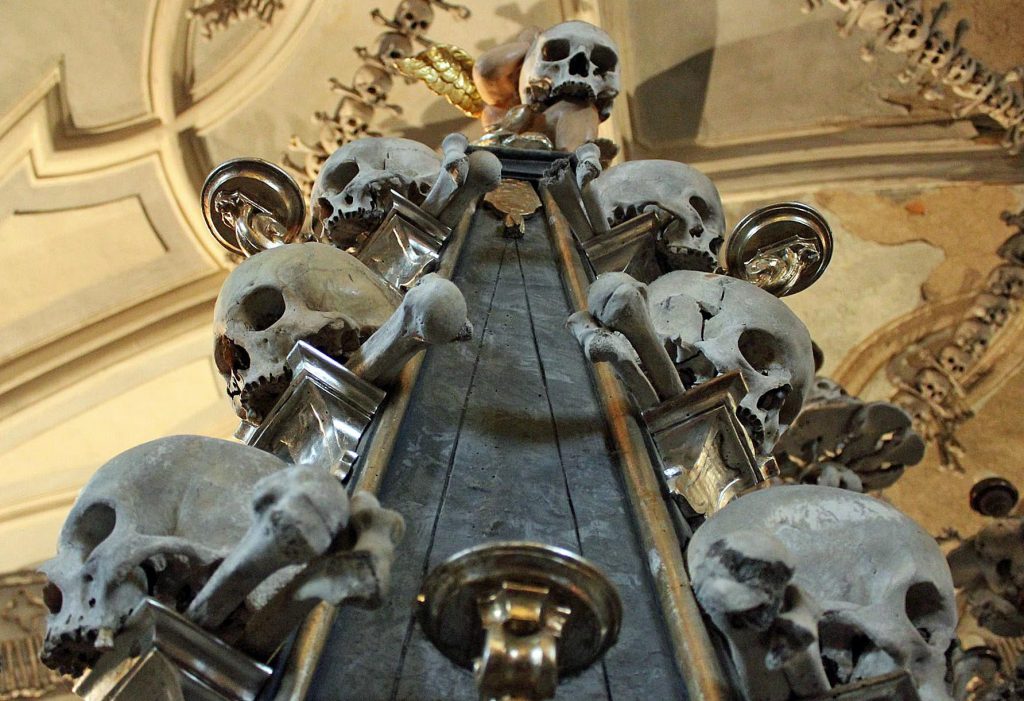 Less than a day away from Prague, lies the hauntingly beautiful chapel of Kunta Hora–a chapel decorated with thousands of human bones.  The Sedlec Ossuary is a chapel in a suburb near Kutna Hora about an hour’s train ride from Prague. Several travel companies offer packages from Prague but it’s none to difficult to go about it on your own giving you the benefit of doing what you want when you want.

Traveling in winter in the Czech Republic often leads to nearly empty streets and tourist free site, especially when you get away from the larger cities and more popular destinations such as Prague, and it being January, Kunta Hora was practically deserted.

Entrance to the Sedlec Ossuary is about $5 and in my opinion, totally worth it. It’s estimated that the remains of 40,000 people were used to adorn the walls of the chapel. The story goes that during the Black Plague of Europe, they essentially ran out of places to bury people. So they dug up the already dearly departed, and used their space to put the new, plague-infested corpses in.  The solution as to what to do with all the much older dead was to use the bones (skin was already long gone) for ‘decoration’. To think that you were walking among real human skeletons was bone-chilling.

Being the #sciencenerd that I am, I tried to identify which bones were the most used.  Clearly skulls make the biggest impression, but I found an impressive number of long bones such as the tibia, fibula, femur, and humerus.  These long bones were used to make the ‘X’s and 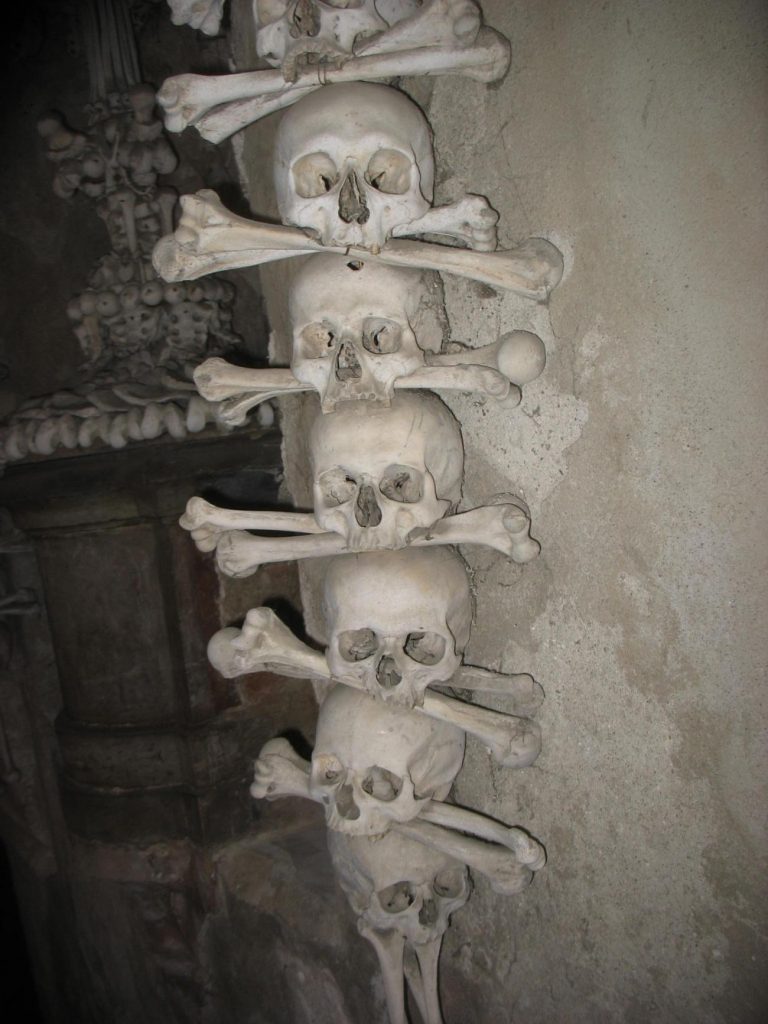 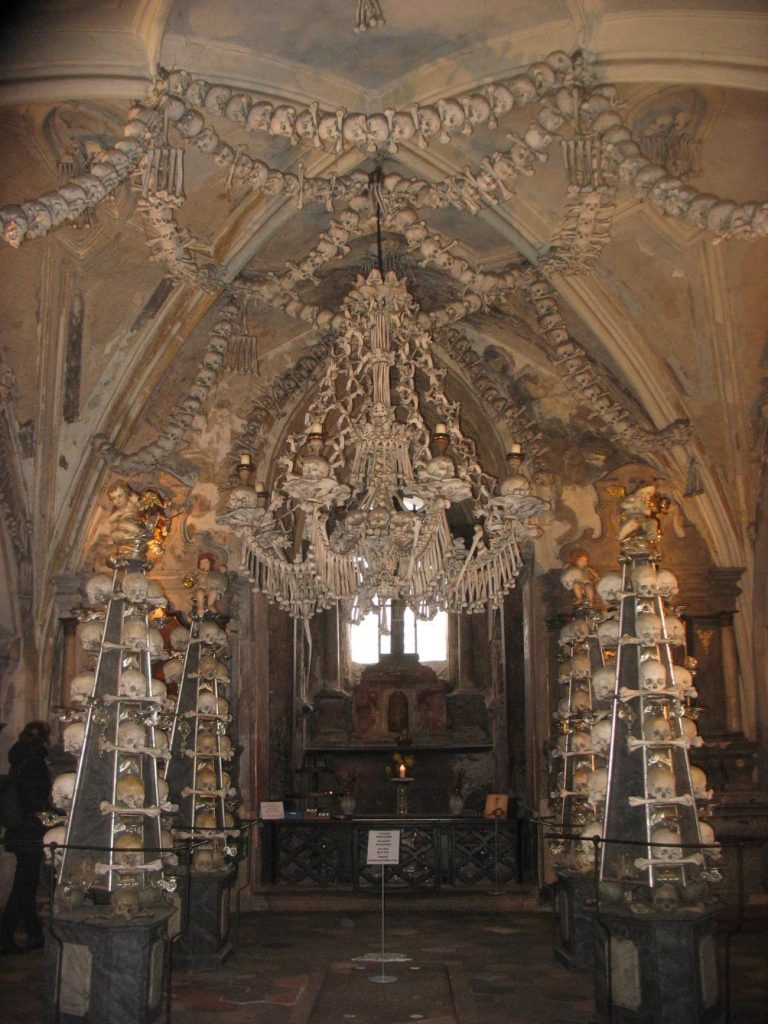 After my self-guided tour of the chapel (you get a printed guide in the language of your choice as long as it’s English, Czech, German, Russian, and a couple other languages I didn’t recognize), I explore the town, the outdoor cemetery, and the impressive St. Barbara’s Church. If you know anything about me, you know that I love exploring a new (to me) city’s cemeteries, reading tombstones, and imagining their past lives.

The next spot that piqued my interest was the massive gothic style St Barbara’s Cathedral.  Started in the 1300’s and completed in the 1800’s, the cathedral consists of several architectural styles, but gives off mostly gothic vibes. 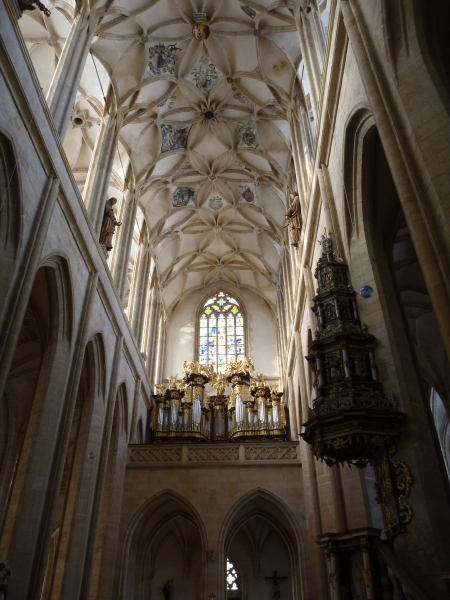 It’s always a bit eerie walking around a deserted town in the snow and frosty temperatures, and it being January, most things were closed so you can imagine my surprise when I stumbled upon the amazing (and not because it was one of the very few options open) Pizzeria Piazza Navona Restaurant. A delicious Italian-like  pizza in the heart of Bohemia was pure heaven.

Kutna Hora is a UNESCO World Heritage Site for both St. Barbara’s Church and the Cathedral of Our Lady at Sedlec. If you have a day to spare when visiting Prague, I recommend getting out of the city and exploring the odd and unique Sedlac Ossuary and with it the rest of the town, Kunta Hora.