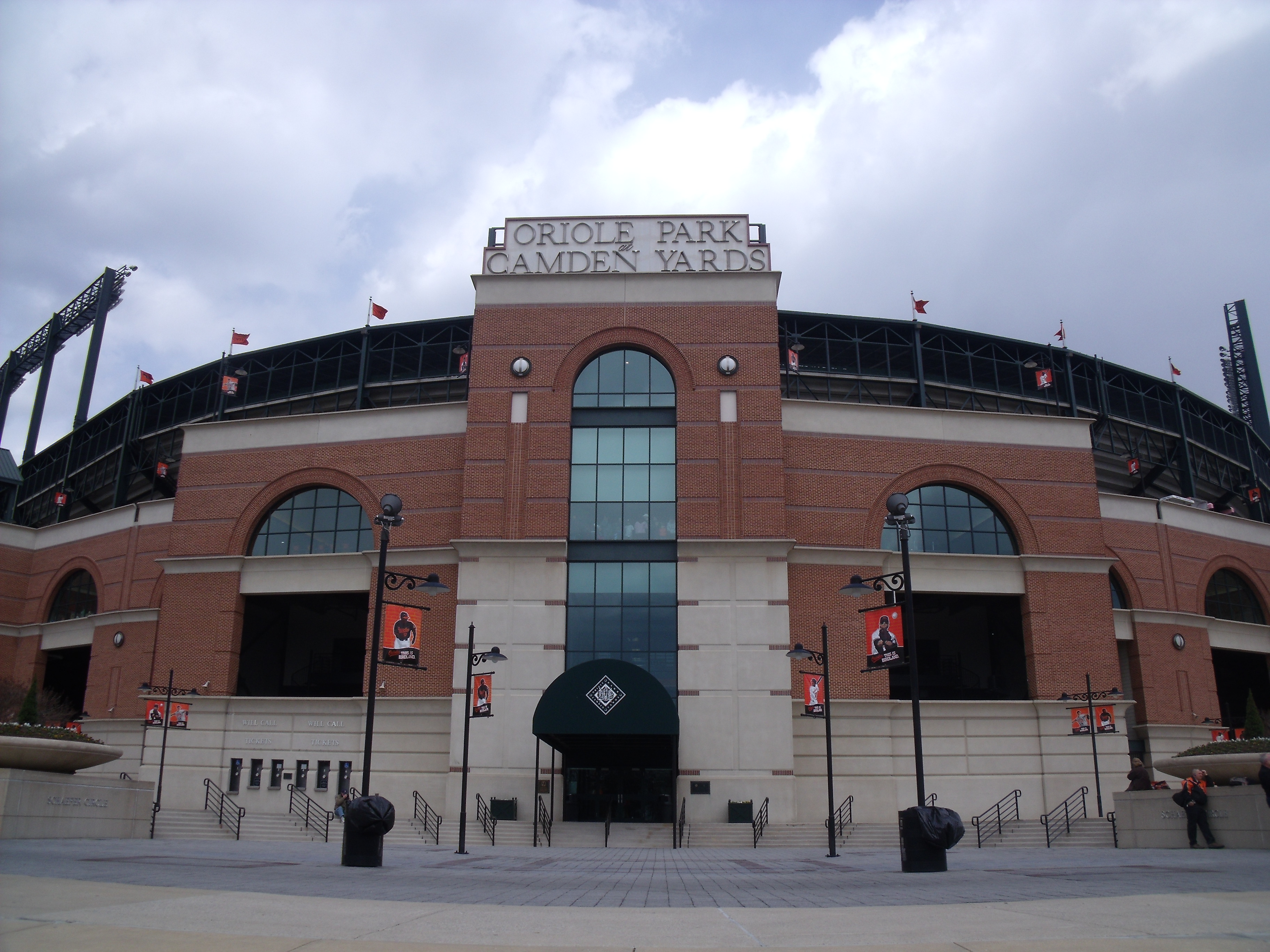 My dad passed away in 2005, but the memories live on… Mostly through sport, and especially through baseball which I played in some form from age 5-25.  Happy Father’s Day to all the sport-loving and sport-sharing dads in the world.

“Whooo!” my dad shouts, cheering loudly with the fans sitting next to him.  I look at him like any teenager looks at their parent when said parent does much more than breathe. A player for the Orioles has just hit a home run, bringing in the two guys already on base home making the score 5-2. The crowd, evenly split between Orioles and Red Sox fans, is a mix of cheers and groans.

I look at him strangely, questioning, “Wait,” I turn to my dad. “Who are you rooting for again?” From early childhood the Orioles have been my team. This game was sort of a peace offering. We haven’t attended a sporting event together in nearly 10 years… before I was even in high school.
His reply “I just want it to be a good game.”

I started playing organized baseball in the form of T-ball at age 5, but I’d been playing at home much earlier than that. My first T-ball stand was constructed from a wooden table leg. I got pretty good a whacking the ball because too many misses damaged the stand. I started league play at 5, was the only girl playing Little League at 8 and switched to softball to play on the high school team beginning at age 13, in 7th grade.  Baseball has always been a part of my life.

I’m on the bottom row all the way on the left. I’m a whopping 5 years old. And 12 years later, the boy on the top right would be my prom date. [Ahhh, the joys of small town life]

I have been a Baltimore Orioles fan and a baseball fan for as long as I can remember.  I’m not sure why Baltimore became my team as I grew up more than 500 miles away from Baltimore. While other girls had posters of the latest teen heart throbs decorating their childhood bedroom, I had posters of Cal Ripken, Jr, Brady Anderson, Mike Mussina, and a few of my favorite Cubbies too.

We didn’t have cable when I was growing up, and even if we had, I sincerely doubt Orioles games would have been broadcast in South Carolina. Instead, I listened to the games on the radio… WBAL to be specific [an AM radio station… I was still barely within reach].  When Camden Yards opened in 1992, I was ecstatic. It is [in my humble opinion] one of the best baseball stadiums in the USA.

I was determined to see a game during the inaugural season. As a youngster in the 1990’s, and by youngster I clearly mean a time before my driver’s license, I saved up all my pennies [and I do mean pennies] in a cardboard box creatively called ‘The Baltimore Box’ and when I had enough for a baseball ticket, snacks, and transportation, I bought a round trip Greyhound bus ticket to Baltimore and treated myself to an Orioles game. I saw the Orioles beat the Detroit Tigers 12-0. I came and went in just under 24 hours. And it was awesome. [Oh, I was such a sneaky child. I look back on some of the things I did as a kid and am amazed that I did not die. In my defense, I said that I was running away; it’s not my fault no one actually believed me.]

In 1995, the streak captivated me.  I was glued to the TV every time I could find an Orioles game. [which wasn’t very often, mind you] How could one person play in more than 3000 consecutive baseball games is beyond me, but Cal Ripken did it.  I still remember watching the unveiling of 2131. That was September 1995. I watched it on ESPN. I was in awe. Even though for the past 15 years the Orioles have been one of the most laughable teams in the major leagues, they have still been the team I rooted for… kinda like a marriage… for richer, for poorer… and it’s been hard times, people, hard times.

We found our seats – right behind home plate. As a former catcher, I staunchly refuse to sit anywhere other than behind home plate.  Maybe higher than field level, but sitting behind home plate is a must. A few drinks, hot dogs, and pretzels later, we  settled in, intently watching every pitch, predicting where all the fly balls would land, and analyzing strategy. For a few hours for two days, we had something to talk about. Something that we both loved; something that used to unite us. Sport– it this case baseball, a game that I know intimately.

I think it’s for this reason that I always seek out sporting events when I travel. I’ve been an athlete or fan my whole life, and I  know the power it has to unite [and divide] families, communities, and friends. Whatever the sport, even if it’s one I don’t truly understand, I find that I really get into it and really enjoy the passion and zeal of the fans and the strategy of coaches.

I’ve never been one to shy away from doing things on my own, but going to sporting events alone is hard.  I’ll still go, but it’s hard. Partly because sports remind my of my childhood, and partly because sports are a community event. I will go to sports pubs on my own to catch some games on TV when I’m out on my own because I think sport is fabulous insight into a community’s culture.