Here’s the thing about Tuscany: it’s so freaking beautiful and historic. And tasty. Wine, bread, olives, olive oil. I’m sure it’s beautiful… especially in spring/summer/fall. Winter is pretty awesome too.

After spending some time taking in some winter sports with the best athletes on the planet and searching for my soul against the tiny coastal villages nestled against the Mediterranean, it was time to get down of discovering what Italy is known for:  good food, good wine, and good art. 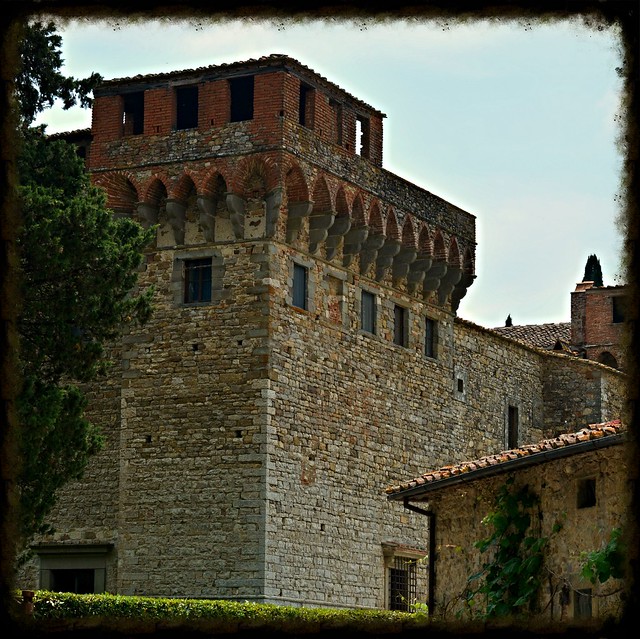 The castle was built in 1184 by the Pazzi Family, [Italian language lesson=‘pazzi’ means crazy]. In fact, the family was pretty crazy to even attempt such a thing, but these were different times.  Ever hear of the Medicis–you know the family that rules these parts back then? The Pazzis and Medicis were rivals.  Somewhere deep in the castle [IDK if this part is true, but it sounds good] Francesco and Salviati Pazzi, with the help of Pope Sixtus IV and his newphew Girolamo Riario concocted an plan against the Medicis. The Pope was upset that the Medici’s were attempting to thwart his Papal power over the North-central Romagna region. And if you’re wondering whether it was successful or not, just check to see whose balls are all over Florence… a little hint, they’re not the Pazzis. 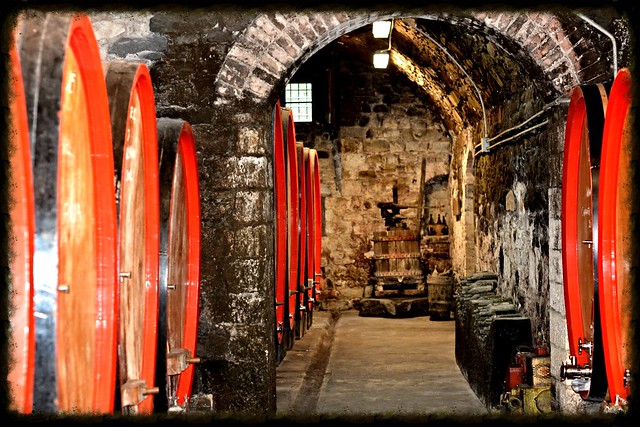 Here’s the thing about a time before photography or the internet.  You can use your imagination to picture how things happened.  It was April 26, 1478.  Easter morning.  The most sacred of sacred mornings.  It was beautiful–spring in full bloom–warm even.   All the Florentines were in the Duomo for High Mass.  The Pazzis snuck in to the Duomo and managed to get a seat near the Medicis.  Catholics being catholics the homily was probably eerily similar to Easter homilies today.  I like to think it happened right as the priest was offering communion to the Medicis. The Pazzis managed to fatally stab one of the Medici brothers, Giuliano, but Lorenzo ‘The Magnificent’ managed to escape. The Florentines side with the Medicis and killed the present Pazzis on the spot.  And all sins were immediately forgiven…

You might be wondering what happened to the castle after the demise of the Pazzis; it fell to disrepair. A caretaker lived there for 15 years [contractually], but as soon as he was able, he skedaddled off with a young missy in tow.

Fast forward 500 years or so…A young Austrian girl come to Italy to learn Italian.  Whilst on the train, she meets the the man who would become her husband.  They married and settled in Milan.  Never-mind the 40 year age difference [I’m all about the older men, but I don’t think I could do 40 years older].  She was 19; he was 59.  Six years of marriage = 5 children.

One day he came to her and said “A few years ago, I was a lonely man, so to thank you for all that you have given me, I bought you castle in Tuscany with over 800 acres.’  [Sidenote:  If ever a man wanted to buy me a castle in Tuscany, I’d let him].  I’m sure he didn’t quite expect the turn of events that set the castle’s restoration in motion.  You see, there’s no heat in that castle; I’m sure he expected that the Missus would only want to live in the castle in the summer, but oh no–give a girl a castle, she’ll want to live there for life. 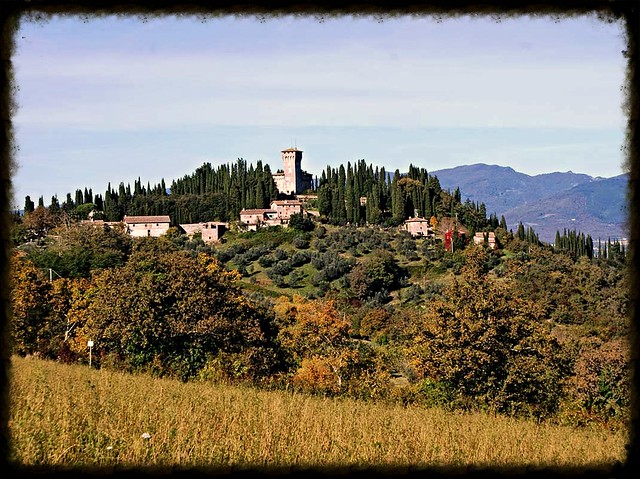 And so they did.  Restorations began in 1968. They started the wine and olive oil production. The castle is now in the hands of their daughter, Anna Baj Macario, who took over the estate with her husband Stefano Casadei, who is the winemaker. They live full time in the castle, which still doesn’t have heating, and is really quite cold, especially in February.

It takes over 100,000 euros a year to maintain this place so in addition to making wine and olive oil, they give tours, offer cooking classes, have apartments for rent and host events like weddings at the castle.

The moral of this story:  Life can start at any age usually when you least expect it. [Or how it applies to me; don’t give up on life just yet].

And a bonus:  A recipe for homemade pasta 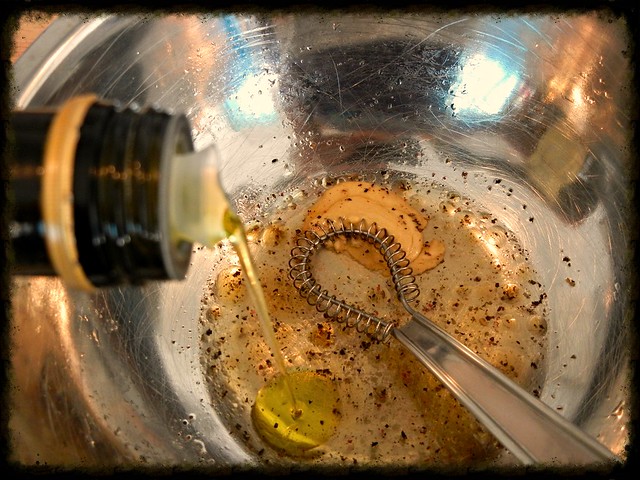 On a wooden board, put the flour in the shape of a volcano, and the eggs in the middle. Add the extra virgin olive oil and some salt. With a fork, start mixing the eggs, taking the flour from the side, little by little or it will result lumpy.

Then, start mixing the dough with the hands. Don’t work it too much, because the pasta must result porous, in order to better absorb the sauce.

Then, when the dough is homogeneous, leave it to rest for at least half an hour.

Then, fold the dough. Now you can cut the dough to prepare the shape of the pasta that you prefer: tagliatelle are wide stripes, tagliolini are narrow stripes.

Open the stripes, and let them dry.

Put some onion, celery, thyme, and rosemary in a pan with extra virgin olive oil. Then add fresh sausage: when the meat gets a nice brown color, add peeled tomatoes. Let it boil for about 1 hour and 30 min.

Put some shallot (kind of onion) and celery in a pan with extra virgin olive oil. Add grated carrots and zucchini, some thyme and some fresh basil. Add some fresh cream, and chili (if you’d like).