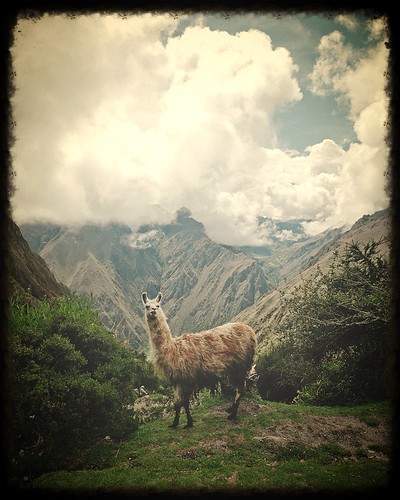 Machu Picchu, alpacas, hiking, amazing scenery, volcanoes… This is what I had in mind when I booked my flight to Peru and arranged my trek to Machu Picchu. What a perfect way to celebrate turning 30. The universe; however, had other plans. In January, there was a massive mudslide related to heavy rains in the area. The mudslides knocked out the train tracks and washed out some of the roads to the area. But this was January… surely everything would be fixed by end of February/first of March, I reasoned. But it was not to be. In typical Latin-American fashion, it took the government well over two months to restore the tracks and roads. Machu Picchu is by far one of the biggest sources of tourist revenue for the country. Around 2500 tourists per day visit Machu Picchu so you’d think opening the tracks would have been a bigger priority. 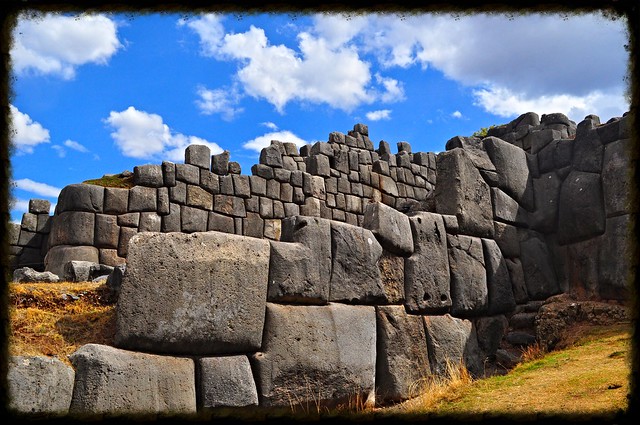 But no, it was still closed when I arrived in Cuzco, and my dreams of hiking Maccu Picchu dashed. I kept hearing different reports of when they would reopen, but turns out the roads/tracks re-opened in April… far later than I would have liked. The upside was that there were almost no tourists in Cuzco, and I had the city basically to myself, which was awesome! It was also a lot cheaper too. So yay for saving money. 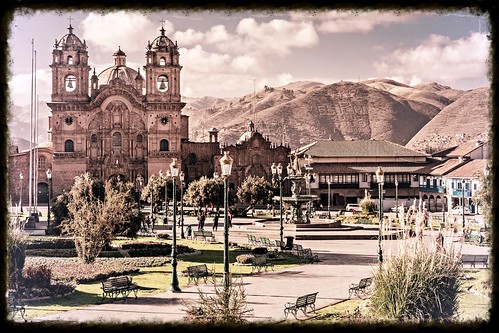 So what do you do when your dreams of exploring Machu Picchu on your birthday are dashed? Drop back and punt, so to speak. Enter Cusco. Just as there’s more than one way to skin a cat; there’s more to the sacred valley than just Machu Picchu. 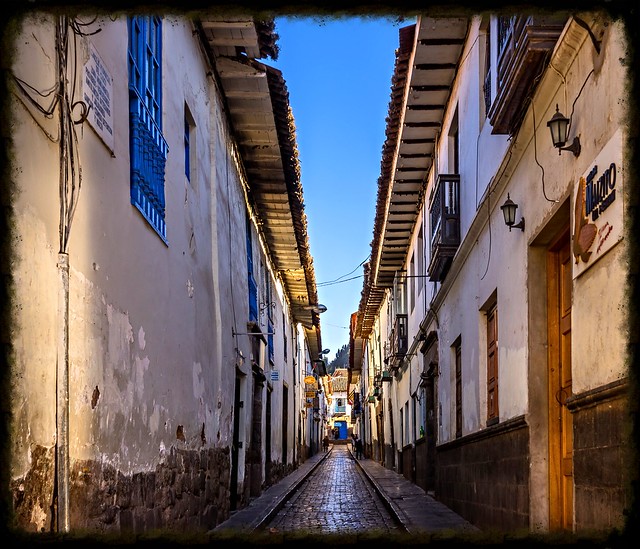 Cusco is an incredibly historic city. Back in the day, it was the capital of the Incan Empire, and is home to some pretty impressive Incan ruins other than Machu Picchu. It also has some impressive Spanish colonial architecture. 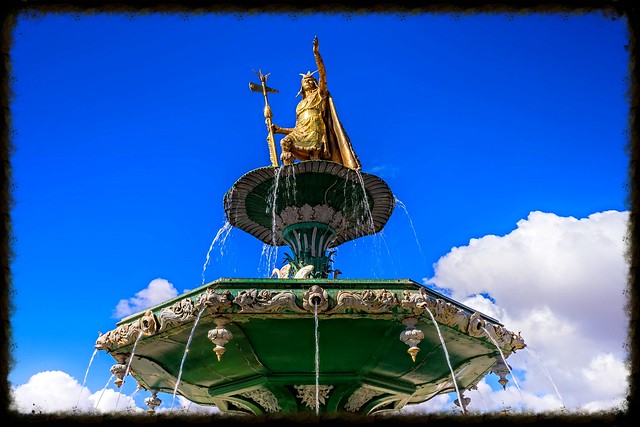 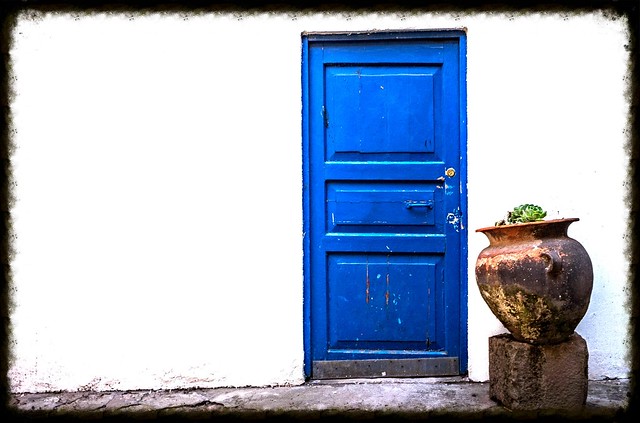 But there are some really cool sites around Cusco that I don’t think get the attention they deserve.  First up Písaq. The Spanish built the present-day town of Pisac along the Urubamba River half a century after the conquest, but the surviving terraces of its predecessor, Inca Pisaq, are still draped across the mountains above less than three miles drive away.

The signature terraces – stacked 40 high –  are visible throughout much of the switch-backed drive from the market.  Their design takes advantage of mountain runoff by channeling it through the fields on its way to the river below. The terraces also served to prevent erosion and landslides, and contained rich soil hauled from the valley below that enabled Inca farmers to produce crops otherwise unsustainable at these altitudes. The buildings are scattered across nearly two square miles of the slope, and include fortifications, aqueducts, granaries, homes, and ceremonial spaces. 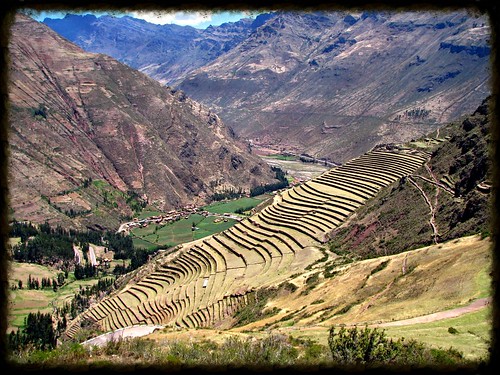 The ramparts of the Q’allaqasa – the citadel – contain 20 towers that overlook the site from a perch on the ridge above the terraces.

What appear to be the mouths of small caves in a nearly inaccessible hillside across a ravine from the settlement are actually the face of an Inca cemetery not yet fully excavated by archaeologists. 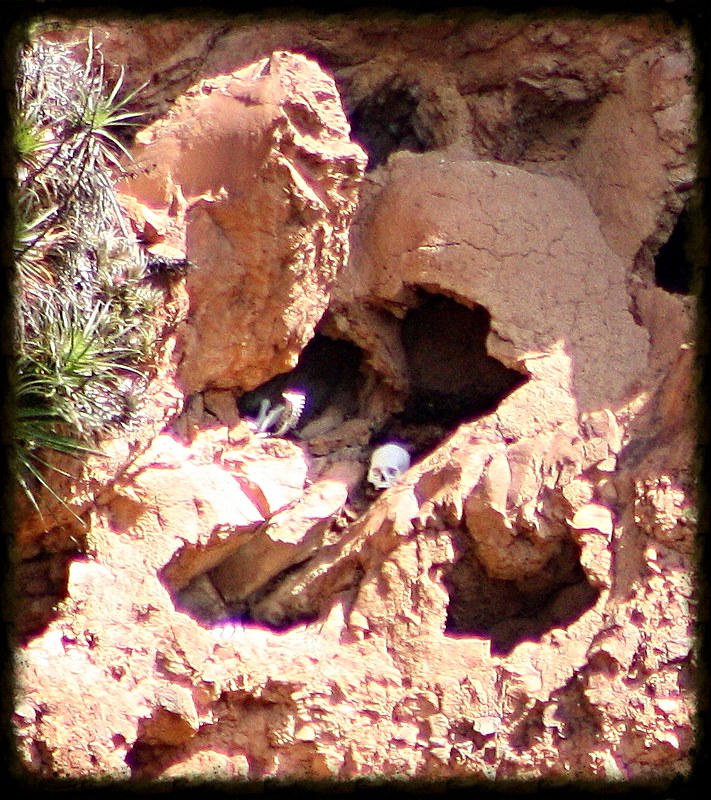 Incredibly enough, skeletons are still visible in some of the open-air crypts.

Next up, Ollantaytambo.  In my opinion, Ollantaytambo is where Inca ruins come to life. The town is much bigger and better preserved than Písaq.  Several Inca structures survive and have been continuously inhabited by their descendants. Ollantaytambo boasts some spectacular scenery, as well as agricultural terraces, well preserved Inca walls, as well as a partially constructed sun temple at the top. Built by the emperor Pachacuti, and a stronghold of the last independent Inca ruler, Manco II, it was eventually conquered by the Spanish. Ollantaytambo fell into to decline and ruin, although native Inca continued to live there and was rediscovered by European explorers in the 19th century. 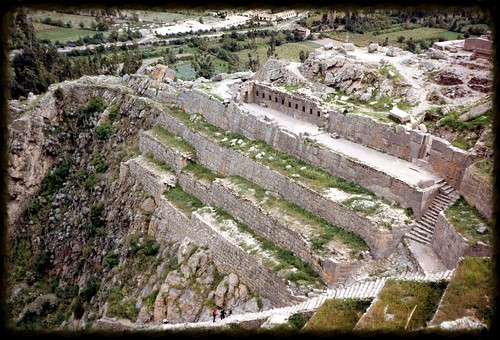 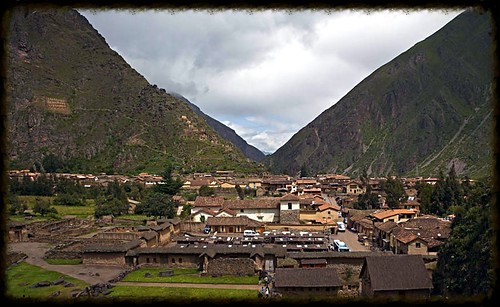 So my amazing Machu Picchu trek where I hike for miles and commune with nature and have a spiritual experience was a bust, but it wasn’t a totally wasted trip to Peru. I did get to learn a lot about Inca history and it was the perfect jumping off place for my 16 month trip around South America.