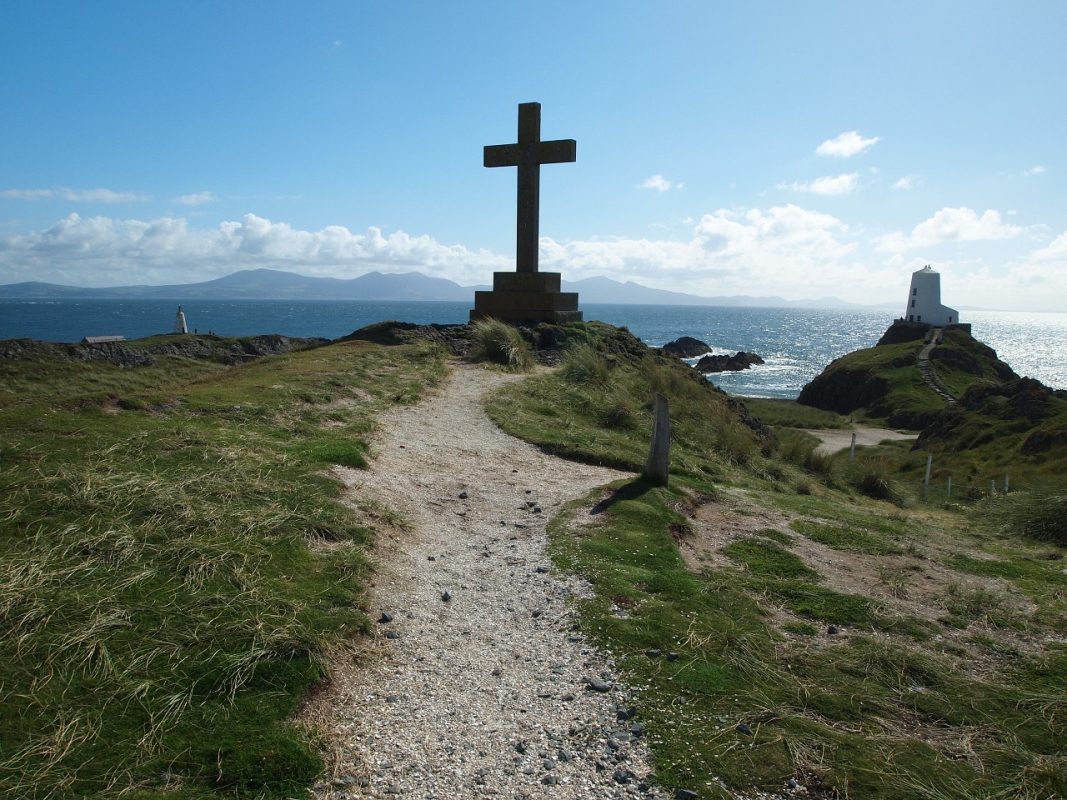 Ahhhh, Holyhead… One of those places where you truly feel like you are at the edge of the world.

Holyhead, located on the Island of Anglesey and Irish Sea, is the jumping off point for Ireland and for nearly 4000 years people have been making the journey from the Welsh outpost to Ireland and vice-versa.  The town is the largest town on the Isle of Anglesey with a population of around 11,000.  It’s a mere hour from Bewts-y-Coed that I featured previously in my post about Snowdonia.  Holyhead is a cute little town located on the Irish sea.  It has been continuously occupied for over 1000 years. 1000 years ago Welsh inhabitants built the town center around St. Cybi’s Church, and it remain one of Europe’s few three-walled fort cities. The Irish Sea makes up the fourth wall– it used to come up to the fort).  There are only three remaining three walled cities in all of Europe.

The Vikings (not the Minnesota ones) sacked St. Cybi in the 10th century. Henry IV’s army damaged it again in the 15th century in an argument with a Welsh prince. And Oliver Cromwell’s army destroyed the interior in the 17th century and despite all this most of the church remains intact.

If you’ve ever been to or seen the Cliff of Moher in Ireland, then you might have an idea of what Holyhead Mountain is.  It is not, as I originally thought, a mountain with subtle gains of elevation.  It is, however, a giant rock formation surround by water.

If rock climbing is your groove, this is the place for you.  We all know that that would be an excellent way for me to injure myself, but I do think it’s an awesome sport.

1 thought on “Wandering around Holyhead and Anglesey”