More to Nottingham than Robin Hood

This installment takes us to the home of one of the most famous thieves of all time–Robin Hood and his home of Nottingham [Forest] England.

I’m getting better at reading train tables and I am making the most of my BritRail Pass by using the trains most days of the week.  Nottingham is just over an hour from Stafford and is an easy day trip.  Nottingham is famous for ties to Robin Hood and two of the world’s oldest:   the world’s oldest football team, Notts County [the team itself is not all that good] and the world’s oldest pub–Ye Olde Trip to Jerusalem .  Today, it has a population of over 250,000 and is one of the larger cities in the Midlands region.

First up:  Nottingham Castle and its even more exciting caves.  Nearly everyone has heard of Robin Hood.  Most know that he lives in Sherwood Forest and that’s near Nottingham, but I’d never heard of the caves than surround [underneath]  Nottingham Castle.  Nottingham has more man made caves than anywhere else in the world… OK, maybe not the world, but at least the UK.  As I often do, I took to the local library to read about the history of the caves.  It goes something like this:  The caves used to be dwellings – and at one time it was believed that there were more people living underground than above ground. Many of the caves were inhabited until 1845…that’s when the St. Mary’s Enclosure Act banned the rental of cellars and caves as homes for the poor.  The caves are long tunnels which were used to bring up goods from the Trent Valley, others as storage areas for meat, wine and prisoners (including without doubt Robin Hood). There are some for waste (including human waste!) and some for short cuts to the pub [point me in the direction of that one].  I took nearly 50 photos in hopes of getting a good one of just the caves.  Be prepared for steps though… lots and lots of steps. 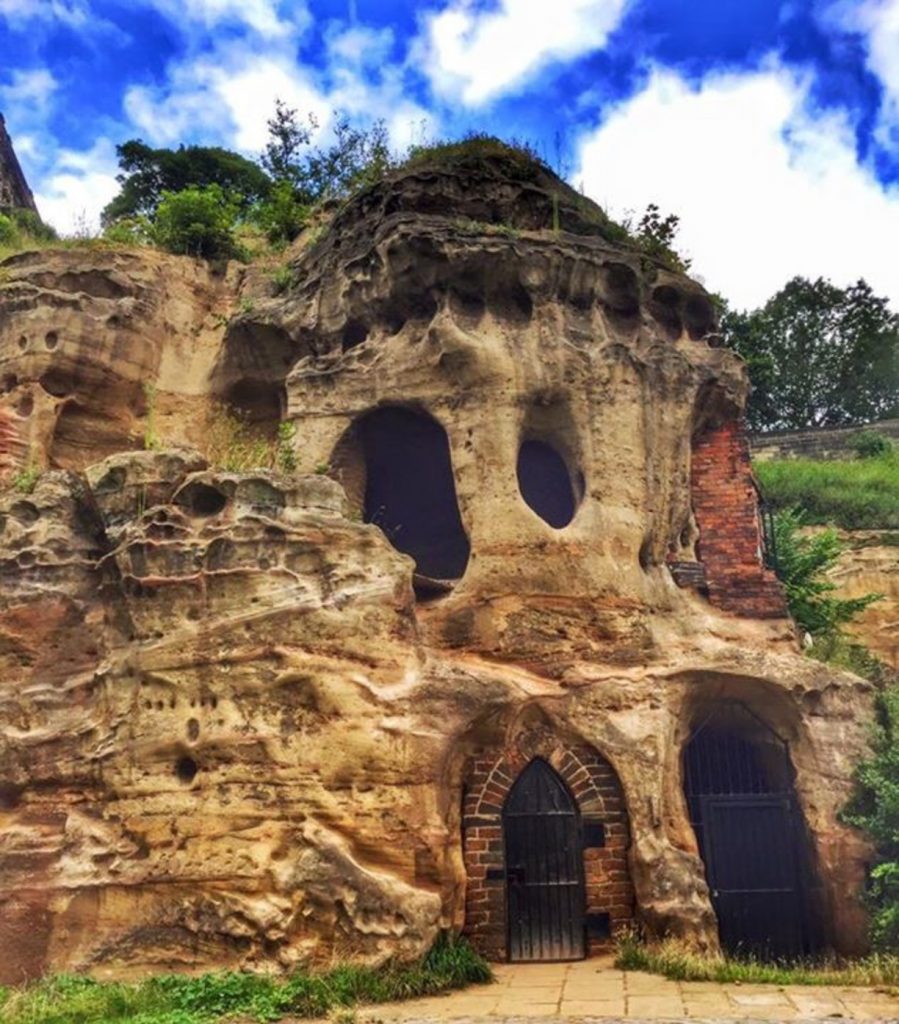 One of the caves come out here… 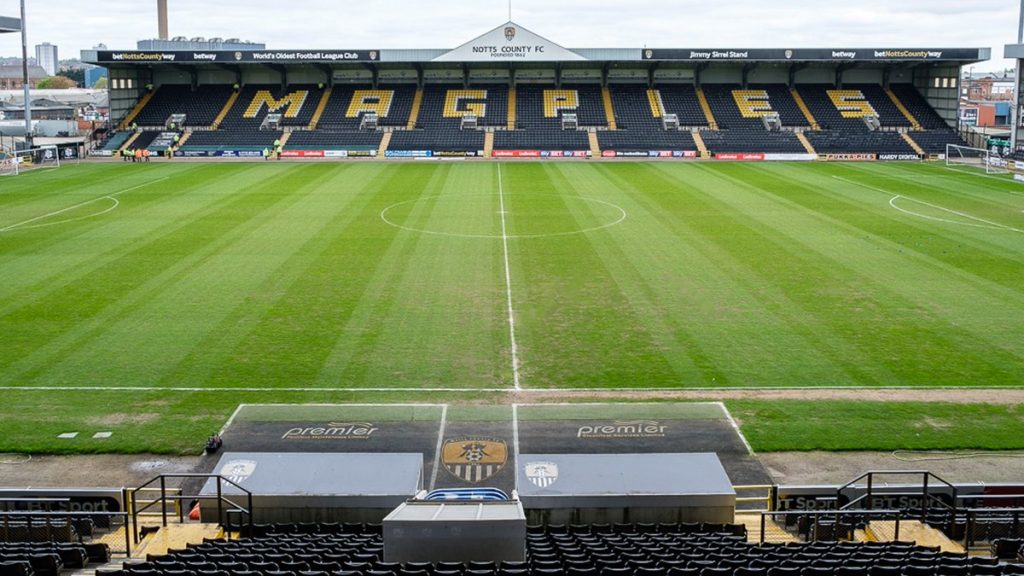 and the oldest football team in existence… [Does anyone else wonder who the oldest team played.  Wouldn’t there have to be two oldest teams for a match to occur?]